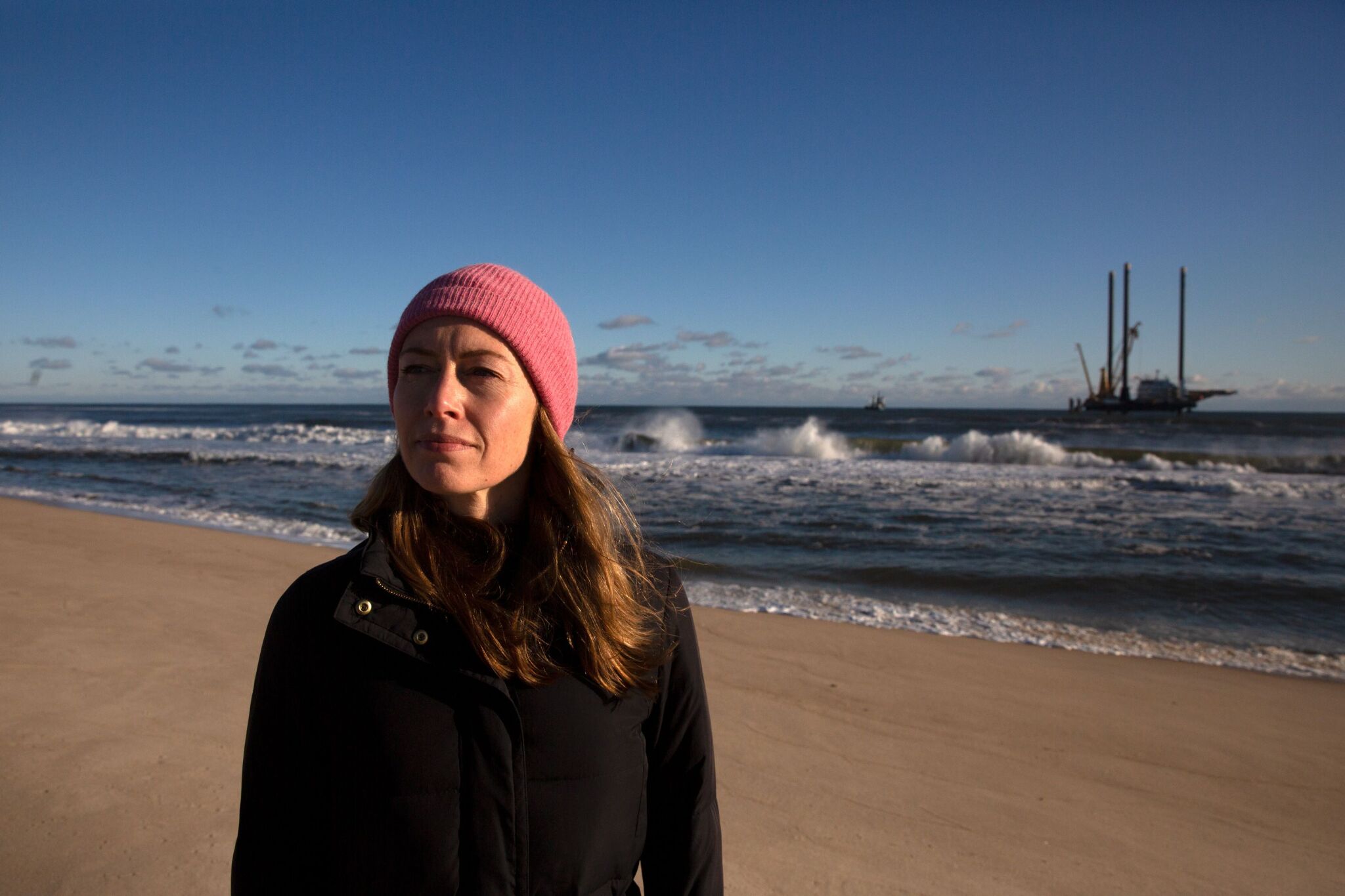 While approaching Wainscott Beach on Long Island’s South Fork in early December, one could see the most tangible aspect of offshore wind’s New York progress even before hearing the crash of waves: three pillars, each about as tall as the Statue of Liberty, jutting up from the ocean.

They were the legs of the Jill, a liftboat from the Gulf of Mexico stationed about a third of a mile off the coast of Long Island’s South Fork.

The structure—more of a giant platform than a seagoing vessel—provided a station from which workers drilled a tunnel horizontally beneath the beach, making room for a cable that will function as an extension cord to bring to land electricity from an eventual sea-based wind farm.

Previously, the Jill did this kind of job for gas and oil projects, but last month it was used for South Fork Wind, New York’s first offshore wind development. The project is expected to power 70,000 homes in East Hampton when the blades of its 12 turbines—electricity-generating windmills—start rotating later this year.

South Fork Wind is poised to become the second offshore commercial wind farm in the U.S. So far, Rhode Island is the only state in the nation that has turned its offshore wind dreams into reality with the Block Island Wind Farm, five turbines that produce enough electricity to power 17,000 homes—about a quarter of South Fork’s capacity.

“It’s really important that we finish this on time, that we do a great job, because it’s a signal to the community and to the broader industry,” said Jennifer Garvey, head of New York market strategy at Ørsted, developer of the South Fork project along with Massachusetts-based utility Eversource Energy. “[It’s] a trailblazing project for New York, for the industry. It’s the first wave of many,” Garvey said on Wainscott Beach this December.

The pioneering effort provides a test case for the possibilities of a wind-powered future for the state and for the country. Several projects planned over the next few years for New York would expand the scope even further. Under the Climate Leadership and Community Protection Act of 2019 (CLCPA), New York State has committed to developing 9 gigawatts of offshore wind-produced electricity by 2035—enough to power over 6 million homes, the most ambitious target in the country.

This puts New York at the forefront of an emerging trend along the East Coast, where states from Massachusetts to Maryland are preparing to become wind energy producers. For city dwellers, offshore wind may seem like a pipe dream—far from our shorelines and even farther from the present—but the nascent wind farms could deliver clean electricity to the five boroughs, create thousands of jobs, and revitalize old industrial areas.

“Although the projects take a number of years to actually be constructed, the benefits really begin to accrue very fast,” says Doreen Harris, president and CEO of the New York State Energy Research and Development Authority (NYSERDA). “This is a situation where if you blink your eyes, you miss something.”

In addition to requiring 9 gigawatts of offshore wind power by 2035, the state’s climate law calls for 6 gigawatts of solar by 2025, and 3 gigawatts of energy storage by 2030. These lofty targets are critical because CLCPA mandates that New York must get 70% of its electricity from renewable sources by 2030 and have a carbon-neutral electric grid a decade after that. NYC specifically is also required by local law to green its grid by 2040.

The hope is that reducing the reliance on burning fossil fuels for electricity will result in air-quality improvements that could improve people’s health and decelerate global warming.