Northeast
New York is trying to protect against huge flooding events like Hurricane Ida, which left this park waterlogged. 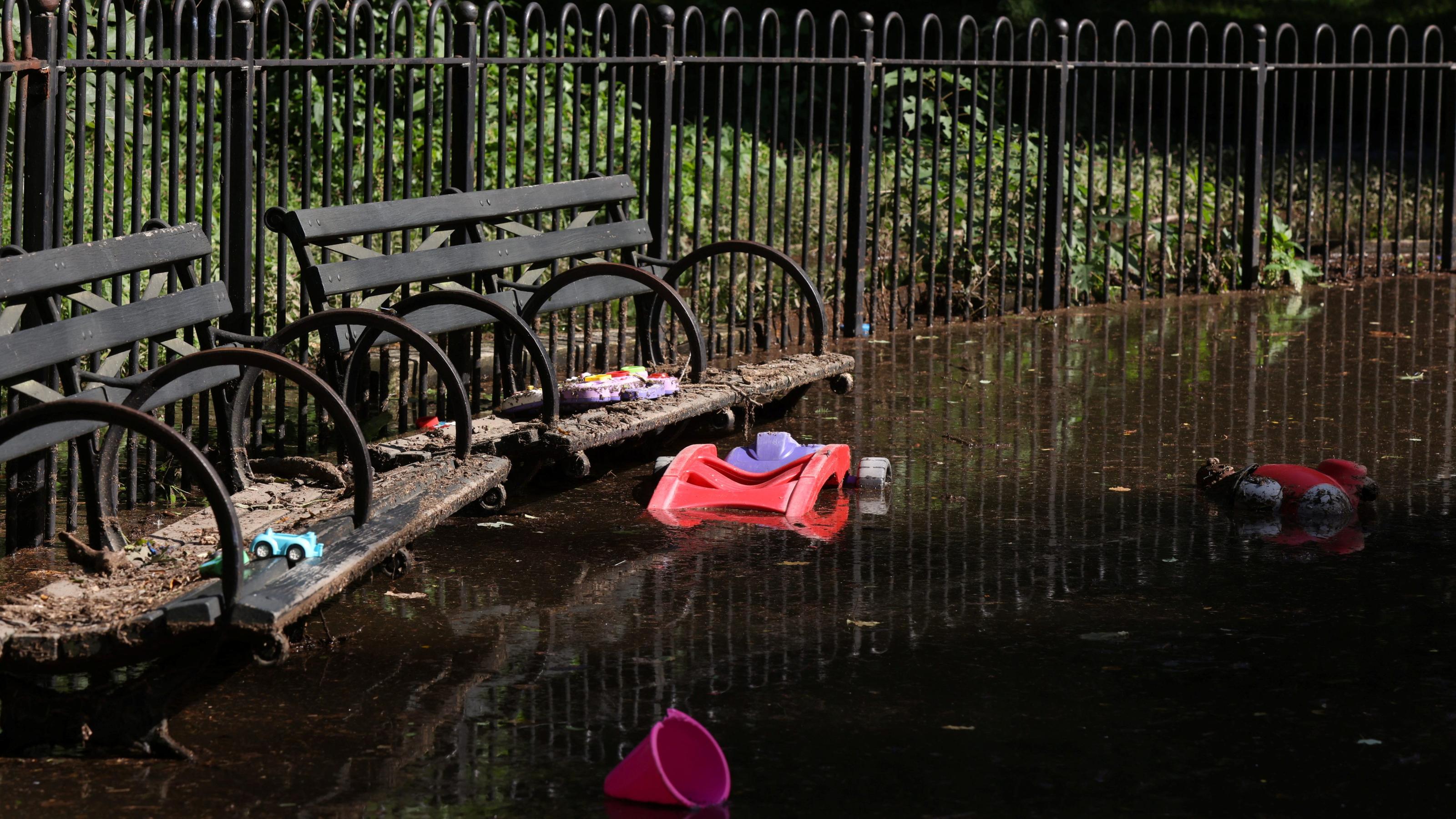 New York City has long been a leader among cities when it comes to tackling climate change.

Since the mid-2000s, it has issued climate plans with names like PLANYC2030 and ONENYC2050. These have been bold, forward-looking attempts to mitigate the human causes of climate change, but have focused less on ways to protect the city from the immediate effects of extreme climate events.

On Thursday, Oct. 7, the city council voted to hold the mayor’s office—and the entire city government—to a higher standard. The measure, which passed without opposition, requires the city government to come up with a plan to evaluate a variety of “climate hazards,” including extreme weather and heat, and identify strategies to make the city more resilient against them. It then requires this plan to be updated every 10 years.

“This bill is the epitome of overdue,” said council member Justin Brannan, who sponsored the bill. “The climate crisis is here and we can no longer treat it as some abstract future. In passing this bill we promise to take our new reality seriously. Resiliency is a requirement of our most fundamental responsibility in city government: the safety of all New Yorkers.”

It’s the first time the city has written such sweeping climate action into law; most policies have come from the mayor’s office (and thus may be changed with each new administration). Extreme weather is forcing the government’s hand. A summer of intense storms culminated in the death of at least 13 people after the remains of Hurricane Ida drenched the Eastern seaboard causing the city’s first flash flood emergency.

Over the past decade, as the threat of climate change grows, climate adaptation strategies have become a feature of local governance in the US. Climate resilience strategies are set to be the routine business of government, not just the initiative of a single administration.

As far back as 2007, New York City mayor Michael Bloomberg led the nation by committing to cut greenhouse gas emissions and protect vital city infrastructure from sea-level rise and storms. The city’s wake-up call came in 2012, when storm surges of up to 14-feet during Hurricane Sandy flooded much of the city, knocking out power for nearly a week, and leaving 44 people dead. The city then dedicated billions in federal and local dollars to its climate adaptation program: flood mitigation projects shielding vulnerable parts of the city from flooding and storm surges. Under mayor Bill de Blasio, the city developed a Coastal Resiliency Plan for the East Side and Lower Manhattan that involves extending part of the island into the water, and raising a park to serve as a natural barrier.