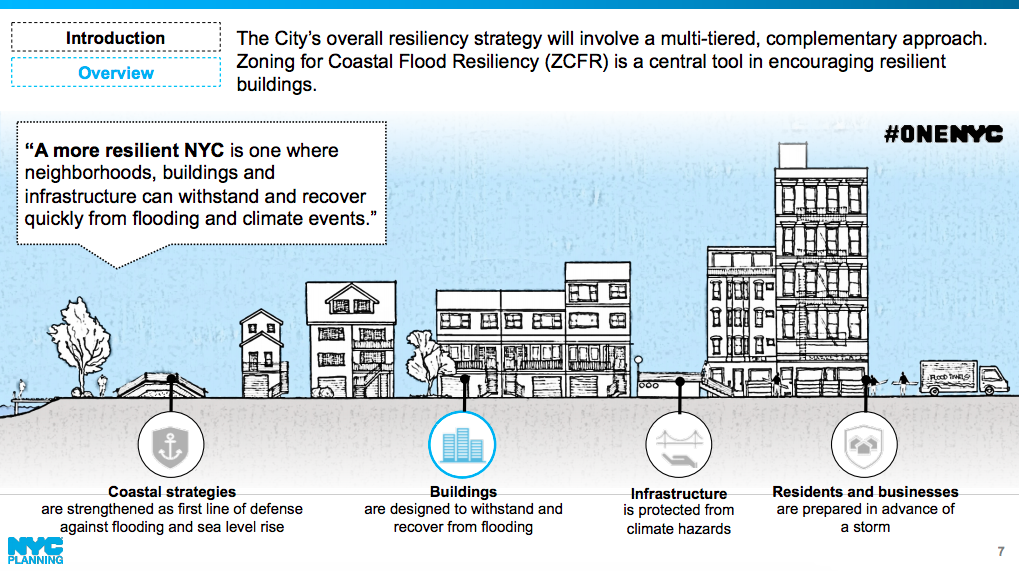 The majority of the Queens Borough Board voted in favor — with the exception of one community board chair — to adopt the city’s Zoning for Coastal Flood Resiliency (ZCFR) text amendment, which would make permanent some building standards that would increase resilience to climate change in coastal areas.

The board, which includes the chairs of all 14 community boards, voted to pass the text amendment 13-1 with some recommendations during their first meeting of 2021, hosted virtually by Queens Borough President Donovan Richards on Monday, Jan. 11. City Council members Peter Koo, Barry Grodenchick, Adrienne Adams, Paul Vallone and Robert Holden also voted in favor of the text amendment.

Community Board 14 Chair Dolores Orr was the sole “no,” citing issue with the way ZCFR defines “vulnerable populations.”

The ZCFR plan is part of the city’s continuing efforts to rebuild as well as promote new and more resilient structures, particularly for those in low-lying areas, following Hurricane Sandy. Existing city zoning laws made it harder for storm-damaged properties and buildings to make needed changes after the superstorm, such as more elevated structures. In 2013 and 2015, zoning amendments passed to address those obstacles on a temporary basis.

Since the 2015 Recovery Text expired in 2020, the city is looking to make those changes permanent.

The proposal would allow homeowners, business owners, architects and others to design resilient buildings that are not just better protected from flood risks, but also reduce flood insurance costs. It would also set a framework for emergency situations, whether it’s another hurricane or COVID-19.