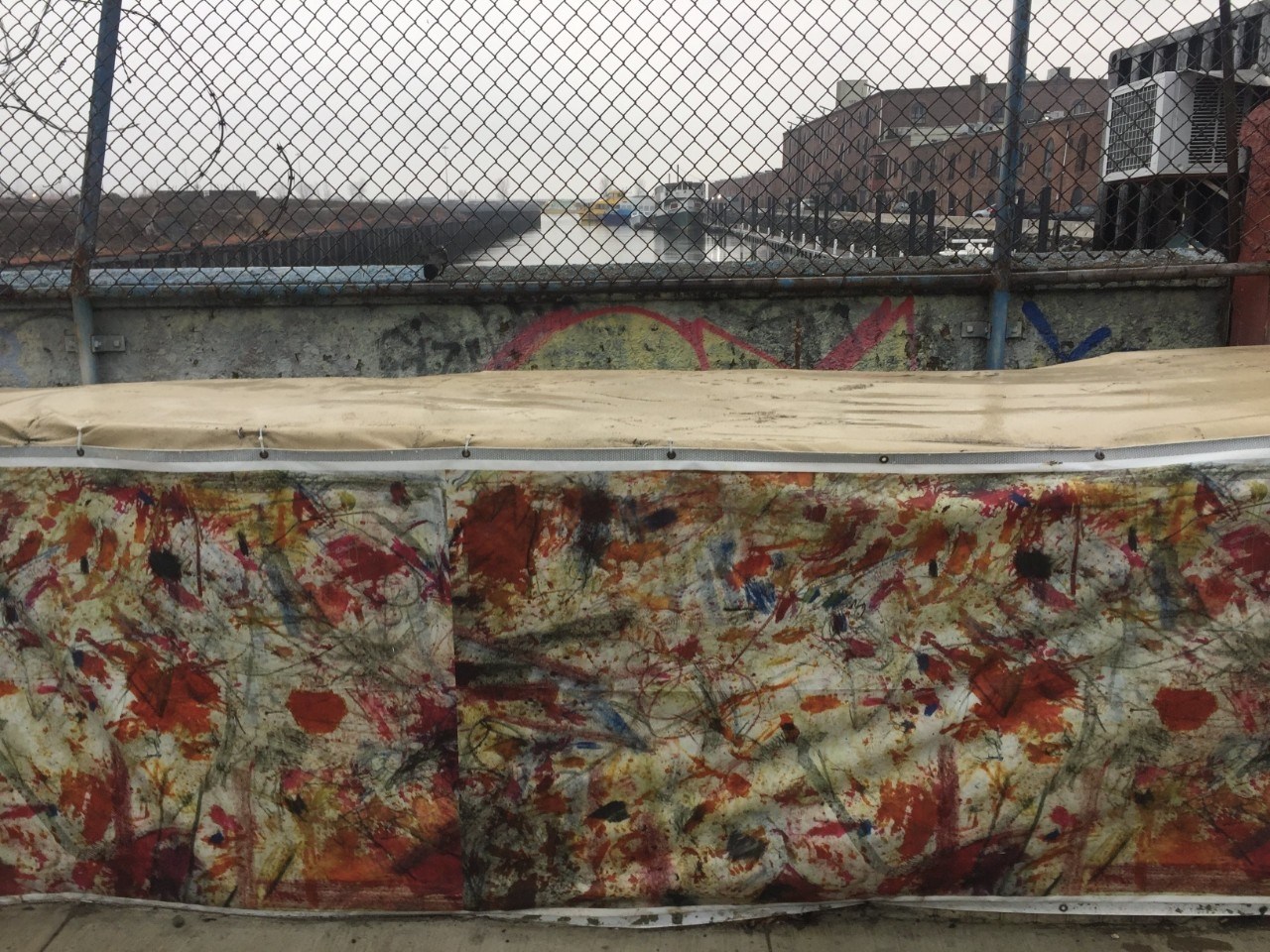 Two and half years have passed since the installation on Beard Street of the first phase of Red Hook’s interim flood protection measures (IFPMs). Delays that have plagued the second phase of the project – which will address vulnerabilities in northwestern Red Hook, near Atlantic Basin – are expected to come to an end this summer.

In 2017, New York City Emergency Management (NYCEM) lined the southwestern end of Red Hook, between Conover Street and IKEA, with rows of four-foot-high HESCO barriers – wire-mesh cubes with earth-filled fabric liners that function, essentially, as sandbags – that, four days before a storm, the city would connect by deploying water-inflatable Tiger Dams at intersections to form a flood wall. Public officials told community members that a second set of temporary safeguards – intended to offer the Sandy-devastated neighborhood a measure of reassurance until the completion of a permanent Integrated Flood Protection System (IFPS) – would arrive as soon as NYCEM had performed a drainage analysis at Atlantic Basin.

NYCEM Executive Director of Hazard Mitigation and Recovery Heather Roiter explained that, on large-scale sites, in order to determine whether IFPMs will successfully keep their intended “dry side” dry, the agency must take a close look at drainage. Engineers have to note whether coastal outfalls – linked to catch basins on the street for the purpose of rainwater diversion – are equipped with tide gates to prevent water from flowing backward through the sewer when sea levels rise during a storm. If the nearby storm drains are likely to spit up water on the IFPMs’ “dry side” of the flood wall, NYCEM will install pumps at low points to remove the overflow.

Last year, Jim Tampakis, a local maritime business owner, told the Star-Revue that city representatives had informed Resilient Red Hook, a neighborhood advocacy group, that NYCEM would complete its work at Atlantic Basin in time for 2019’s hurricane season.” In July, Roiter declared that the long-promised drainage analysis – which involved attempting to identify “an alignment where we’re following backflow prevention in the system” – had taken place. Ultimately, NYCEM had determined the area surrounding Atlantic Basin would need “at least ten pumps” to stay dry after the HESCO barriers had appeared.