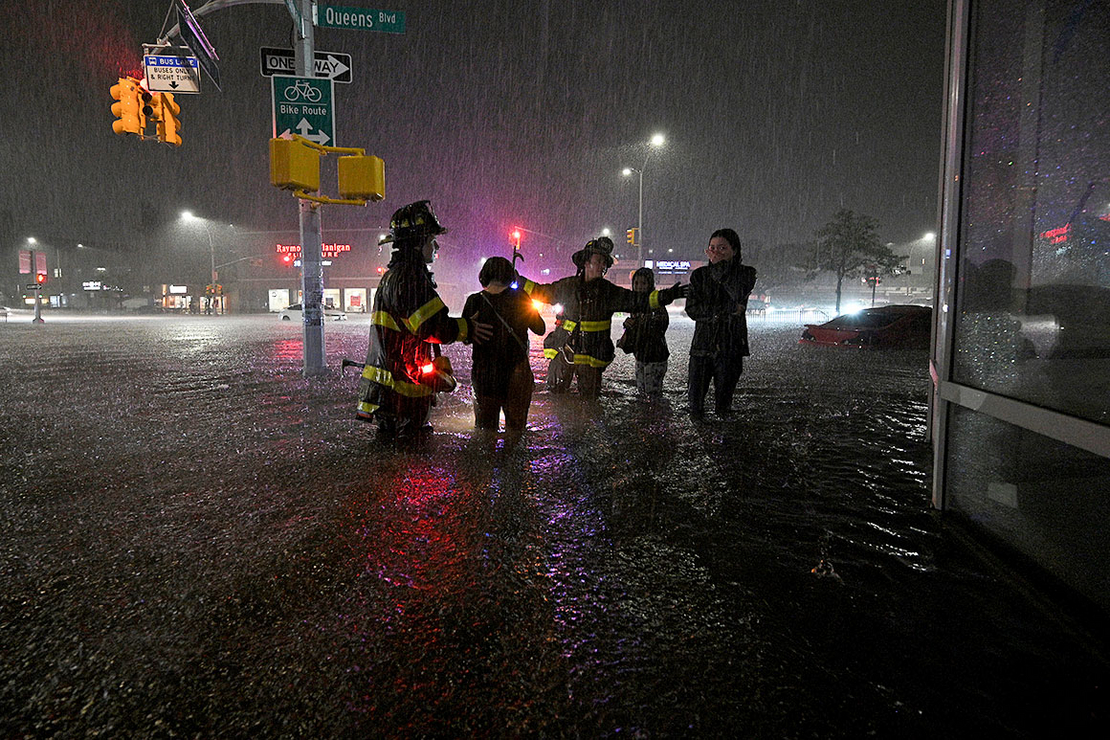 As remnants of Hurricane Ida pummeled large swaths of the Northeast, some local officials cast blame on federal agencies for slow-walking critical flood control projects that could have halted a deadly surge that enveloped entire subways, neighborhoods and highways.

The storm broke records and spawned tornadoes and flooding that killed at least 14 people in New York, New Jersey and Pennsylvania, including three people who died in a basement apartment in the borough of Queens in New York City.

Donovan Richards, president of the borough, said during an interview with CNN this morning that the disaster unfolding is the result of climate change and blamed federal officials for moving too slowly to protect a part of the state that’s seeing more frequent and disastrous storms.

“The Army Corps of Engineers has continued to drag their foot on projects like the Rockaway Reformulation Plan, and we don’t have time to [twiddle] our thumbs here,” Richards said.

“We’re running up against the clock; the clock is already ticking,” he continued. “If we don’t move aggressively to combat climate change, we’re going to continue to lose life, unfortunately,” and city, state and federal governments will continue to pay to address destruction as more frequent and extreme storms hit the city.

The Army Corps didn’t immediately respond to a request for comment when asked about Richards’ statement.

The issue of how to best protect the East Coast from more severe storms has been a brewing debate for years with the heat on the Army Corps, the military’s engineering arm that oversees some of the largest restoration and flood protection projects in the world.

After blasting the Gulf Coast and leaving New Orleans without power as temperatures spiked, the storm churned north. The National Weather Service recorded 3.15 inches of rain in New York’s Central Park in one hour last night, surpassing the previous record of 1.94 inches that fell in one hour during Hurricane Henri in August. Scientists have warned that such weather extremes will be more common with human-caused global warming.

Read also 'We are sitting ducks': Experts say a hurricane like Ida would wreak havoc in Houston  Houston Chronicle

Read also Because of climate change, Ida's watery wrath is no longer an aberration for the Northeast  NorthJersey.com