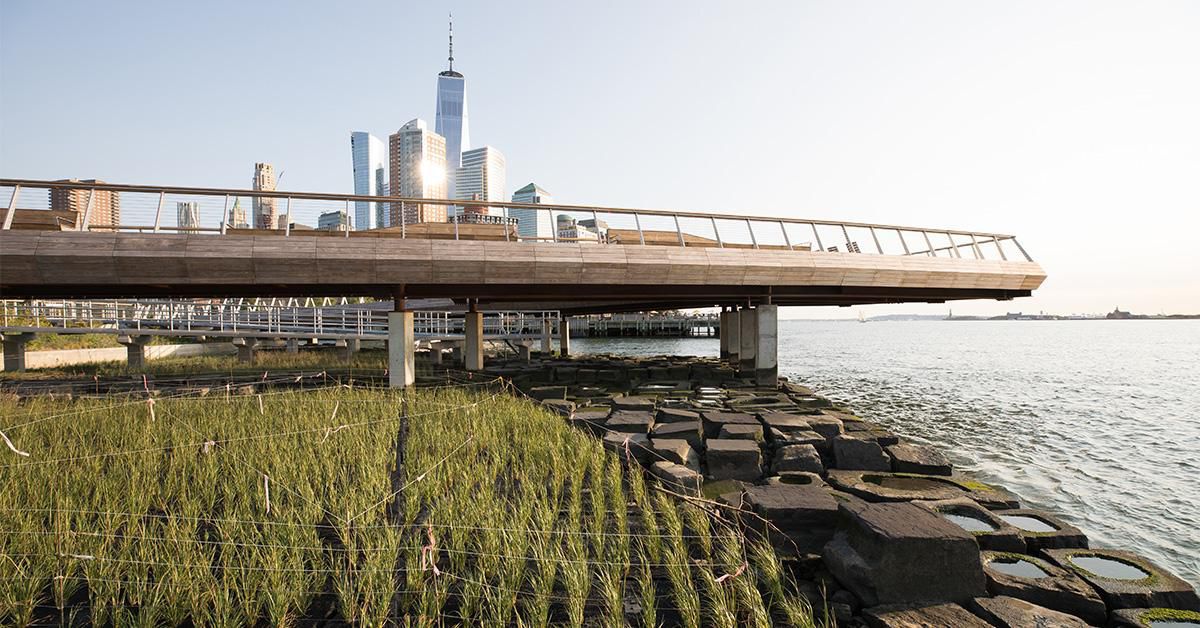 NY - How New York City Is Reclaiming Its Piers

As I bike the 4.5-mile-long Hudson River Park hugging the western edge of Manhattan, it’s easy to forget that its piers once welcomed passenger ships and cargo-bearing vessels in one of the busiest ports in the world. Of the 100 or so piers in the park, some are reduced to a constellation of stumpy pilings, others have been transformed into bustling plazas jutting out over the water—and only two, Pier 79 and Pier 83, honor their marine legacy, with ferry terminals.

But what’s even easier to forget, is the time before that. Before industrial development, before urbanization, and before English explorer Henry Hudson and his crew aboard the Half Moon sailed up an unknown river in search of the Northwest Passage.

The Mohicans called it Muhheakantuck, or “The River That Flows Two Ways.” The Dutch called it Noortriver, or “The North River.” Today, the Hudson River’s history still runs through its waters. Near the southern tip of Manhattan, where the Lenape Indians set and pulled fishing nets until the late 17th and early 18th centuries, a revamped pier pays homage to the pre-settlement era.

Pier 26 in Tribeca is the first revitalized pier to open to the public in the Hudson River Park in ten years. Designed by landscape architecture studio Olin for the Hudson River Park Trust, it was conceived to mimic the coastal shorelines of the river before Hudson's exploration led to the Dutch colonization of the area in the 17th century. Today, it is a living laboratory that sets the bar for ecological waterfront parks—and signals a bigger trend of New York City rekindling its relationship to water.