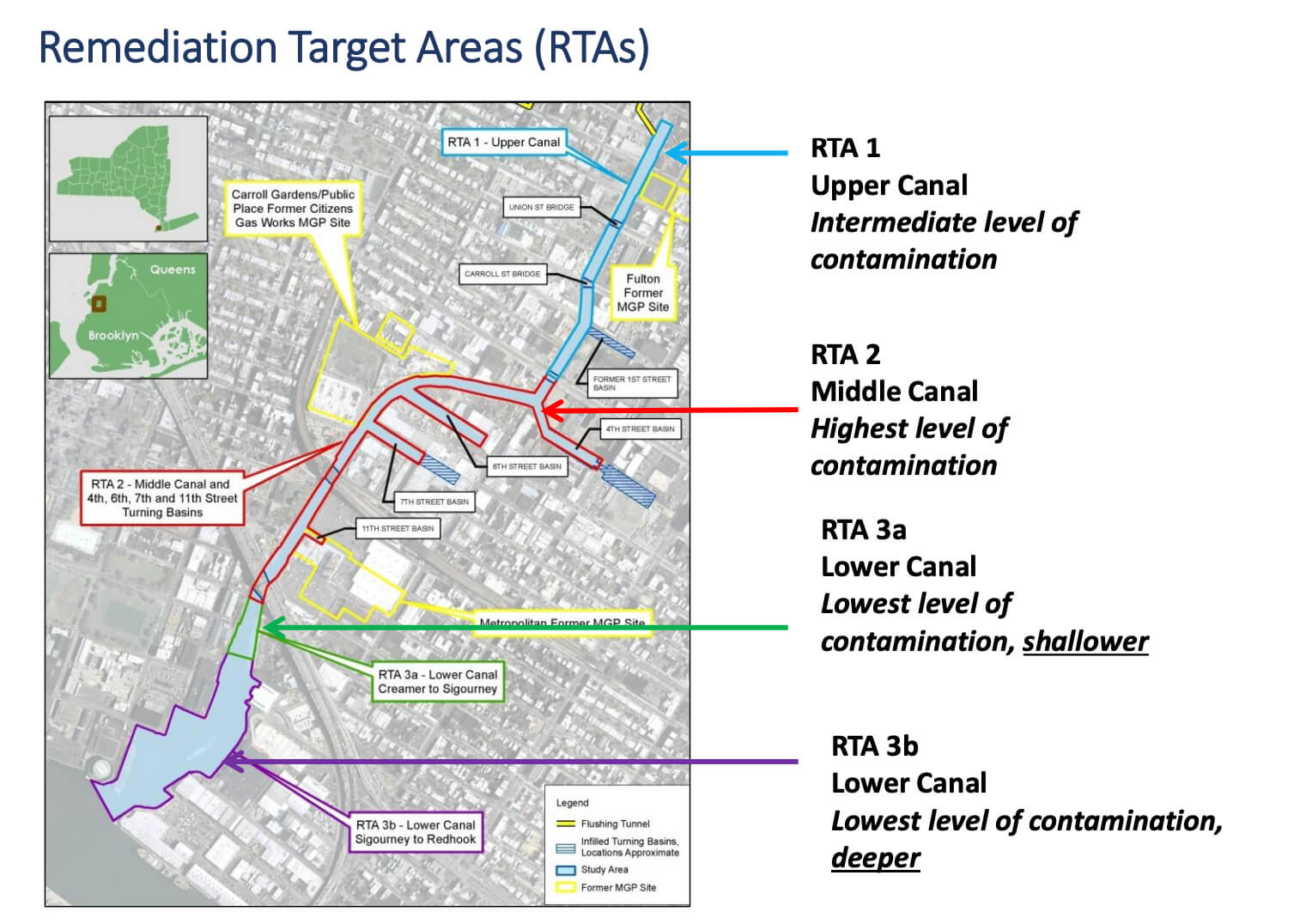 Barge-mounted excavators will start dredging the Gowanus Canal in mid-November, scooping out more than a century’s worth of contaminated sediment from the channel bed, the federal cleanup’s project manager said at a Tuesday meeting with local watchdogs of the project.

“We are on schedule for mid-November start of dredging,” said the Environmental Protection Agency’s Christos Tsiamis at the Sept. 22 Gowanus Canal Advisory Group meeting. “We have made a lot of progress — we’re getting ready.”

As part of the Superfund program, Uncle Sam is working with six parties the feds previously identified as primarily responsible for historically polluting the fetid waterway — National Grid, Con Edison, the Hess Corporation, Honeywell International, the Brooklyn Improvement Company, and the City of New York — which have been gearing up for the first portion of the canal’s cleanse.

The parties have been assembling their barges and hydraulic excavators off the coast of Staten Island to get them ready for deployment to Brooklyn’s Nautical Purgatory, while also setting up a transfer point at the Public Place site at Smith and Fifth streets, where the smaller local boats will move the muck to larger vessels to ship it out to New Jersey.

The federally-supervised cleanup is split into three phases — dubbed Remediation Target Areas, or RTAs — starting with the scrub of the upper third from the canal head at Butler Street to the Third Street Bridge, which EPA anticipates lasting until July 2023 and costing $125 million.

The cleanup group and private developers along the Gowanus have been installing bulkheads at the water’s edge to prevent erosion.

Then, they will start dredging the heavily-contaminated soft sediment, known locally as “black mayonnaise,” that has built up on the bed of the waterway from more than a century of industrial use and hundreds of millions of gallons of combined sewer and storm runoff flushing into the Gowanus annually.