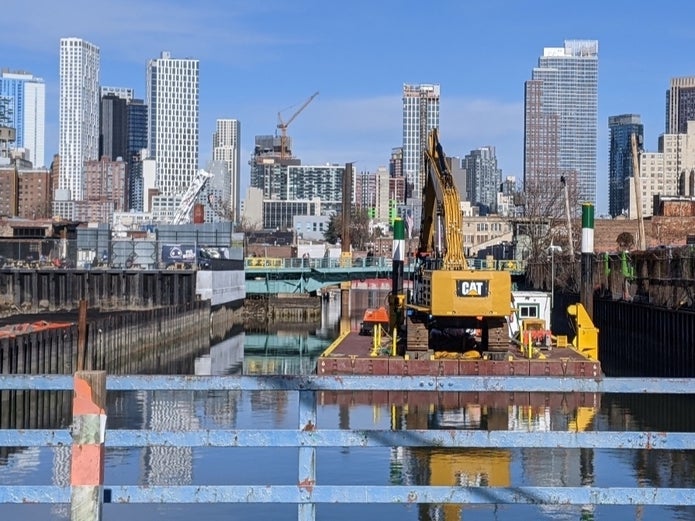 The EPA has confirmed that a small hole on a barge full of sediment from the Gowanus Canal is what caused it to sink last month.

BROOKLYN, NY — A two-week investigation into why a barge full of sediment from the Gowanus Canal sank in January has wrapped up this week, federal officials announced.

The Environmental Protection Agency said Wednesday that dredging on the Canal — part of a federal clean-up that began in November — has resumed after the an assessment into the Jan. 25 incident.

As suspected, a small hole on the barge was to blame for it sinking into the Gowanus Bay where it was moored. Officials said almost none of the toxic muck that was in the barge seemed to have seeped back into the water during the incident.

"Based on calculations on the barge contents once it was refloated and berthed back at the canal, EPA has concluded that material released from the barge, if any, was minimal," they wrote in an incident report.

The hole on the barge was caused by a "metal protrusion" where the sediment is processed that has now been repaired, officials said.

They also have increased inspections of the barges used in the clean-up and asked contractors to evaluate safer mooring areas for the vessels to prevent incidents in the future, officials said. A "tender boat" will now accompany barges when they are moored outside the site area.