Northeast
Gerritsen Beachers are calling for the city to revise a reconstruction project planned for its streetscape. NYCity Map 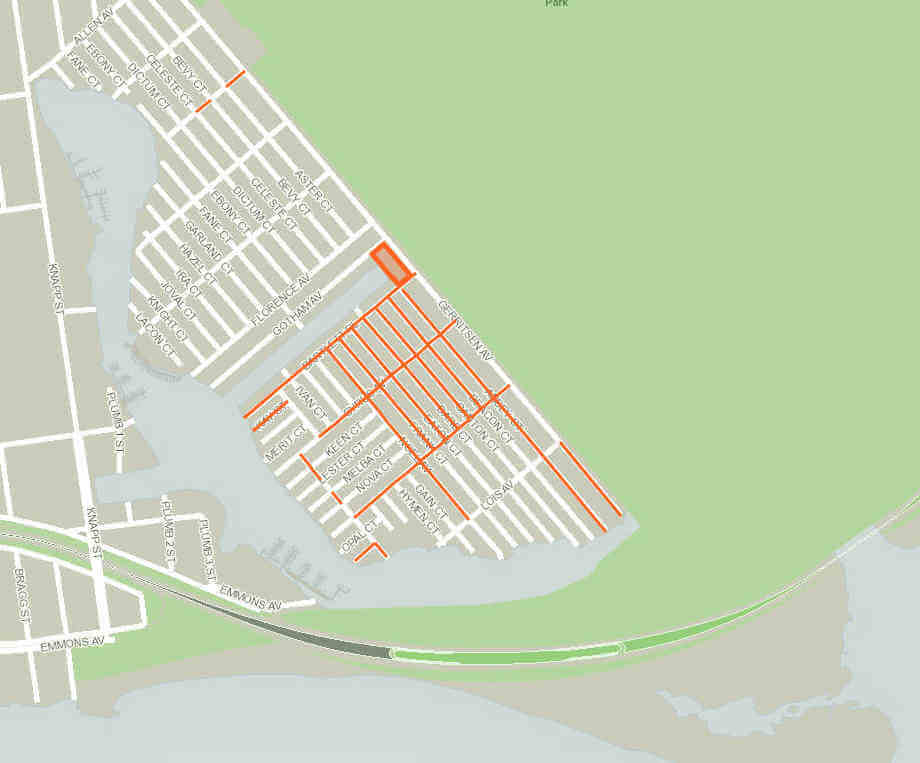 Gerritsen Beach residents are calling on city planning honchos to revisit a neighborhood-wide plan to refurbish the area’s Sandy-damaged infrastructure, complaining that the scheme would narrow streets and ax dozens of parking spaces.

“We want them to tweak it to our favor,” said John Mooney. “You can’t go wrong with paving the streets, but shortening the blocks and taking away 50 parking spots, that’s a no-go.”

The project — spearheaded by the city Department of Design and Construction — includes replacing water mains, sewers, and catch basins in Gerritsen Beach’s “old section,” which is defined as the neighborhood’s southern peninsula, while also upgrading street lights, traffic signals, hydrants, curbs, sidewalks, and roadways as part of the project.

But Mooney, president of the Gerritsen Beach Property Owners Association, said the plan to install new catch basins requires the city to eliminate a whopping 50 of the area’s already scarce parking spots.