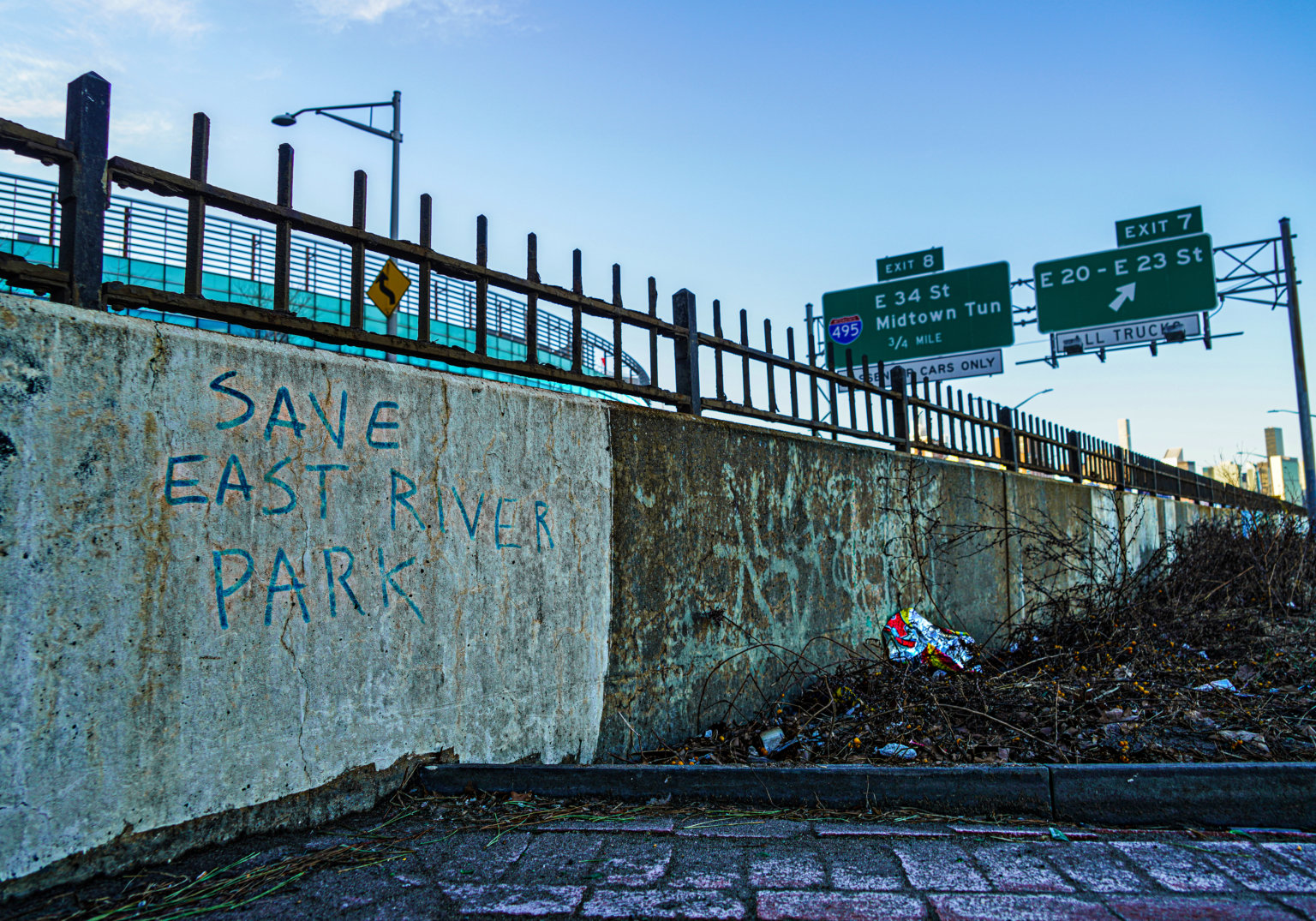 A much sought-after ghost study of the East Side Coastal Resiliency (ESCR) that mysteriously could not be traced has suddenly been released to the public, but it is almost unreadable due to heavy redactions.

East River Park Action has been pulling at the threads of the East Side Coastal Resiliency (ESCR) project for about three years now.  The organization—consisting of concerned Lower East Side residents—are opposed to this $1.4 billion plan that would reconstruct approximately 57 acres of coastal parkland from East 25th Street to Montgomery Street.

In 2018, the rationale for moving forward with the ESCR project, rather than a less invasive one, was said to be based on a “Value Engineering Study.” The East River Park Action group filed a Freedom of Information Law request but was told in January by the City’s Department of Design and Construction (DDC) that they did not have this report on file.  East River Park Action is a strong opponent of the ESCR project since the reconstruction will remove over 1,000 trees, which will subsequently be replaced after construction, and pack the land with about eight to ten feet of fill to help elevate the park, making it flood-resistant.

Hurricane Sandy devastated the Lower East Side in 2012, and in response community leaders and city planning agencies had several discussions on how to prevent such large-scale coastal flooding in the area. Originally, a far less expensive plan was discussed for several years but was discarded in favor of the ESCR in 2018. The reasoning for this shift was based on a study that would showcase the pros and cons of this project as well as other pertinent information, which was announced by Mayor Bill de Blasio.