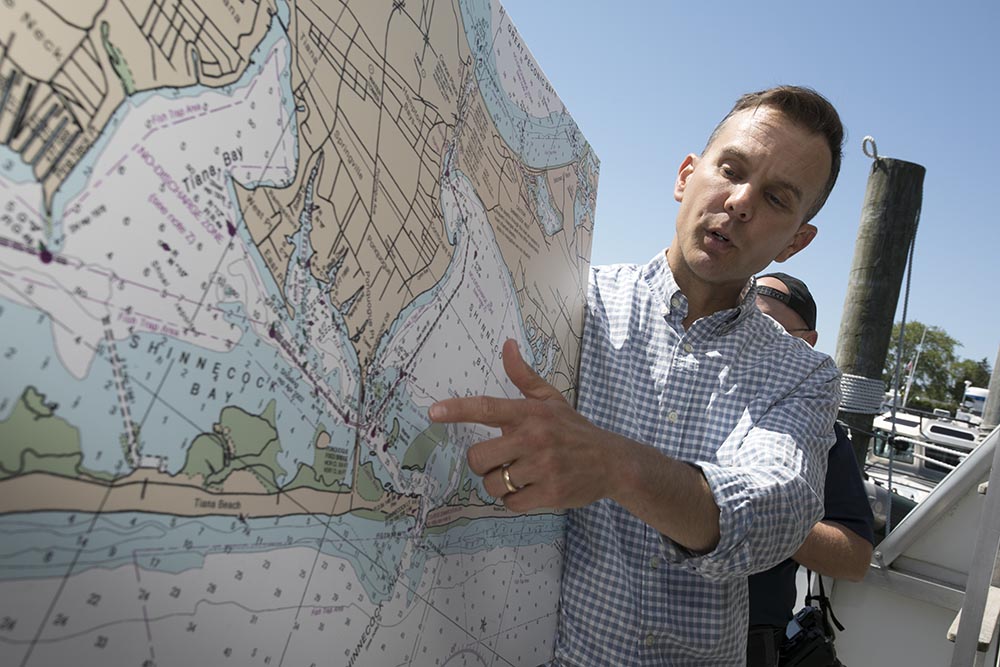 Changes in human population centers and agricultural fertilizer use have accelerated delivery rates of nitrogen and phosphorus to coastal waters, often stimulating rapid accumulations of primary production (1). Whereas resulting eutrophication processes are of less environmental relevance in well-mixed, ocean ecosystems, when they occur in warm, stratified, and/or poorly mixed waters, they can result in hypoxia [depletion of dissolved oxygen (DO)] and acidification (decrease in pH), both of which individually can have adverse effects on aquatic life, affecting a suite of physiological processes and increasing mortality rates (2, 3). Only recently, however, have studies of aquatic hypoxia begun to consider coeffects of low pH (4). Many ecologically and/or economically important shellfish and finfish that experience decreased survival and/or growth when exposed to hypoxia are further impaired by concurrent acidification (4). Yet although scientific understanding of DO and pH variability and documentation of coastal hypoxic and acidification events have improved, regulatory reform has not kept pace. We suggest that more stringent DO and pH numeric criteria be considered to account for the negative effects of low pH on marine life and the combined impairment from low DO and low pH.

In a Policy Forum, Dissolved oxygen and pH criteria leave fisheries at risk, the scientists suggest approaches that would address current policy shortfalls and facilitate improved protection of aquatic life.

During the past two decades, scientists have learned how hypoxia and acidification can act and interact to harm marine organisms. Hundreds of low oxygen or dead zones have been identified across the globe. Ocean acidification, a process resulting from the continued buildup of increasing atmospheric carbon dioxide in the oceans, has been discovered. And yet, regulation of dissolved oxygen (DO) and pH in coastal waters has remained unchanged.

The Clean Water Act aims to restore and protect the waters of the United States from impairment; waters that do not meet state standards are listed as impaired, a designation that can initiate critical remediation actions. According to Dr. Gobler, the current saltwater DO and pH criteria of many states allow for harmful conditions to persist without amelioration. “Our understanding of the dynamics of DO and pH and the effects on marine life have advanced dramatically this century to the point that it is now clear that criteria for pH and DO are likely to leave important marine species vulnerable to harm,” he said.

The reduction of DO and pH in coastal waters can individually have adverse effects on aquatic life, however, current regulations do not consider the combined effects of these stressors which are often experienced in combination and can be more severe than each stressor individually. Not until the scientific field of ocean acidification had been established, had their combined effects been broadly considered.