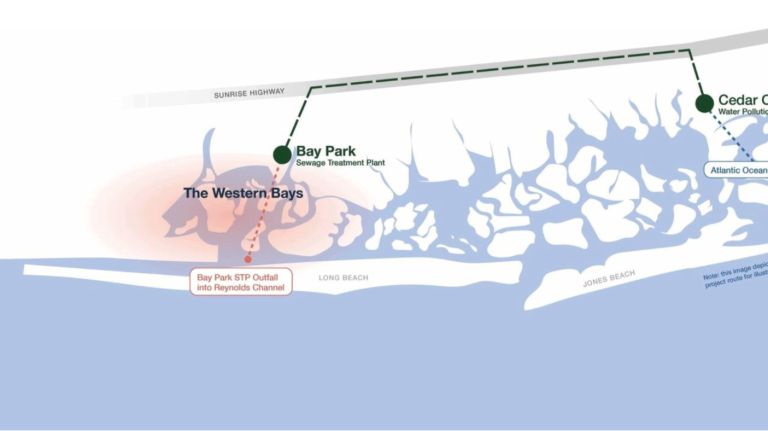 New York State officials have designated a contractor to start a $439 million project that will divert sewage out of Reynolds Channel and into the ocean by laying miles of pipe under Sunrise Highway.

Work is set to begin early next year to eventually transport sewage from Long Beach and the Bay Park Sewage Treatment Plant in East Rockaway under Sunrise Highway to an ocean outfall pipe at Cedar Creek in Wantagh. The project is designed to restore the ecosystem and water quality in the Western Bays along the South Shore.

"From damaged ecosystems to problems with shoreline resiliency, Long Island’s coastal environment has suffered immensely from decades of nitrogen pollution and it must be stopped," Cuomo said in a statement. "Along with our local partners, New York has worked tirelessly to address this ecological threat through the innovative Bay Park Conveyance Project and today’s selection of a design-build contractor is an important step in advancing this critical project."

The three-year project will divert 55 million gallons of treated sewage pumped daily from Bay Park and remove 95% of nitrogen currently pumped into the Western Bays. State officials are working with Nassau County to fund the project with state and federal grants and $460 million in bonds approved by Nassau County legislators.