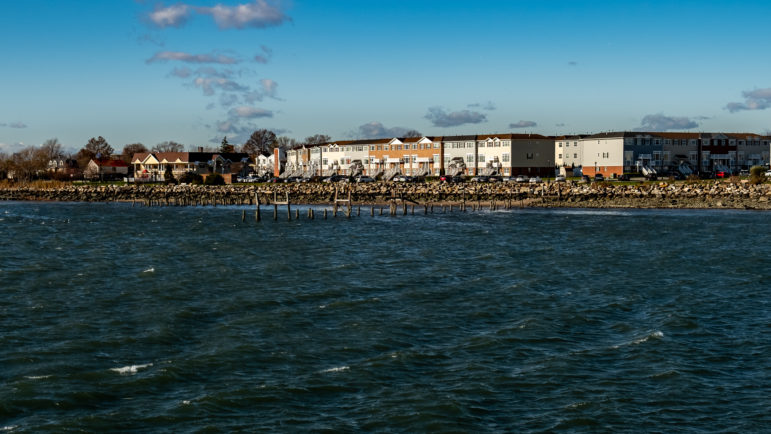 The House has passed an updated Water Resources Development Act that the Senate is expected to approve soon. The bill would address major criticisms of a stalled Army Corps of Engineers study of how to protect New York City from rising seas.

The House of Representatives on Tuesday approved legislation that would revamp a controversial, stalled federal study of how to protect the New York City region from the growing threat of sea-level rise.

The updated Water Resources Development Act now goes to the Senate, where it is expected to win approval by year’s end.

Among other things, the law directs the U.S. Army Corps of Engineers to take a different approach in its New York/New Jersey Harbor and Tributaries Study, a $19 million planning project launched in 2016 that aimed to identify the best strategy for reducing the risk of catastrophic flooding in the metropolitan area.

Preliminary conclusions from the study released in 2019 focused on a limited number of options, including massive mid-harbor barriers that would cost billions and take decades to install. Critics of those plans thought they ignored the importance of wetlands restoration and other natural barriers, and focused too much on the threat of catastrophic storm surge while ignoring the less dramatic but more regular risk of sea-level rise and increased inland flooding.