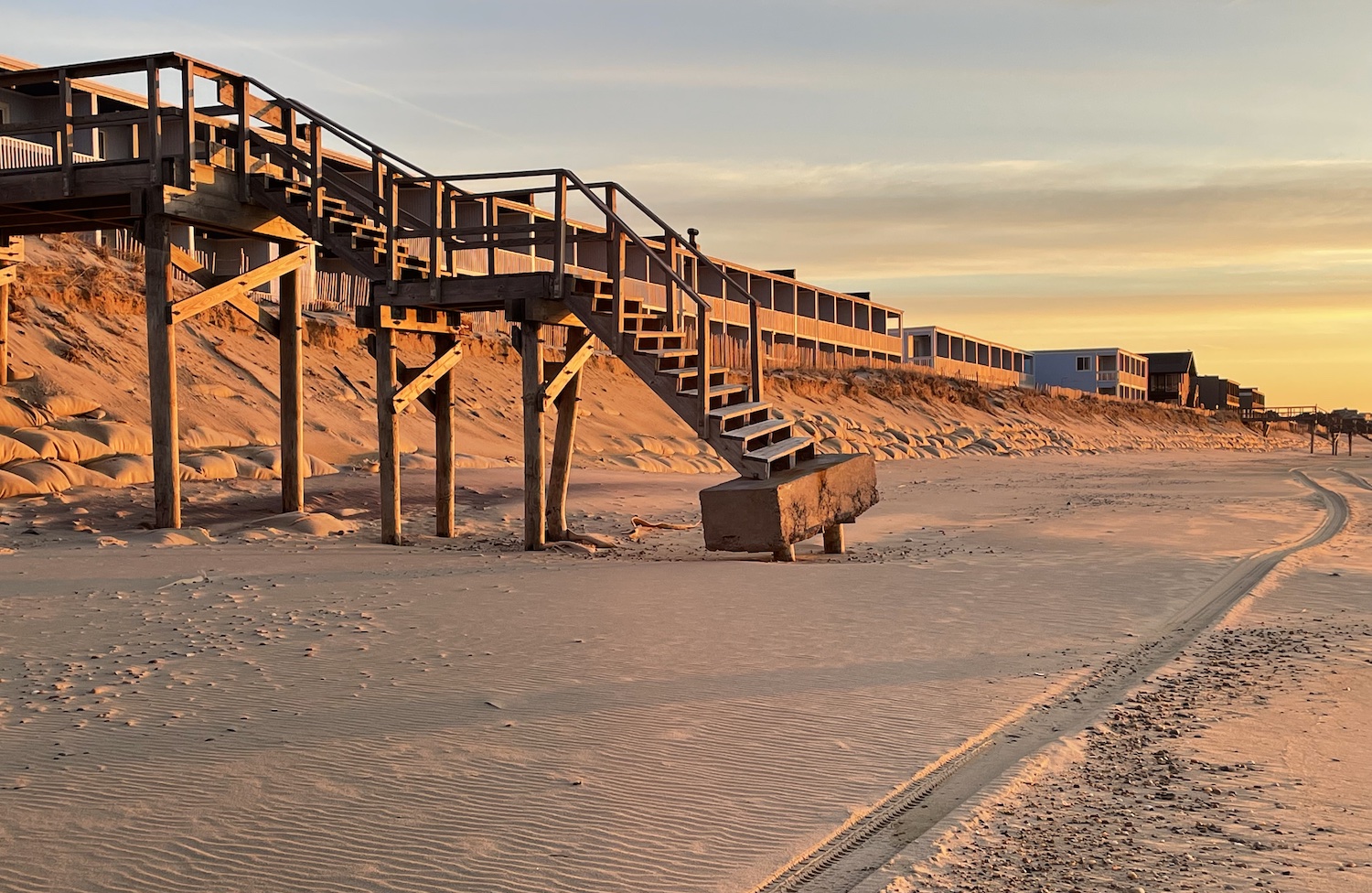 The East Hampton Town Board held a public hearing last Thursday on the adoption of the Coastal Assessment Resiliency Plan, which highlights a spate of ominous predictions as to how climate change will impact the town.

A draft of the plan, issued at the end of April and known as CARP, notes that the currently projected range of sea level rise “will transform East Hampton into a series of islands with permanent submergence of low-lying areas as early as 2070,” with other long-term effects of climate change increasing the town’s vulnerability to coastal flooding and shoreline erosion. The chance of a flood with a magnitude similar to that of the Hurricane of ‘38, at least once, is about 60 percent during the next 30 years, the study concludes. Sea levels have risen about one foot over the last 100 years, but “future rates of sea level rise are projected to be much greater,” between 8 and 30 inches over the next 30 years, according to the draft plan.

The plan “evaluates key coastal risks our community currently faces and points to a drastic increase in severity of these risks,” according to an abstract, including rising sea levels and an increased intensity of coastal storms that “undoubtedly will have an impact on nearshore homes and communities.” The need “is urgent” to immediately commence resilience projects and policies, it states.

CARP recommends an approach integrating “accommodate, managed retreat, and protect” strategies. This should include “relocation and property acquisition of select, very high-risk property” to be converted to open space and conservation land. That aspect proved controversial during discussions of the Montauk hamlet study that has since been incorporated into the town’s comprehensive plan. A managed retreat in downtown Montauk, in which vulnerable properties would be abandoned in favor of inland property through a transfer-of-development-rights mechanism, was eyed warily, if not skeptically, by some business owners.