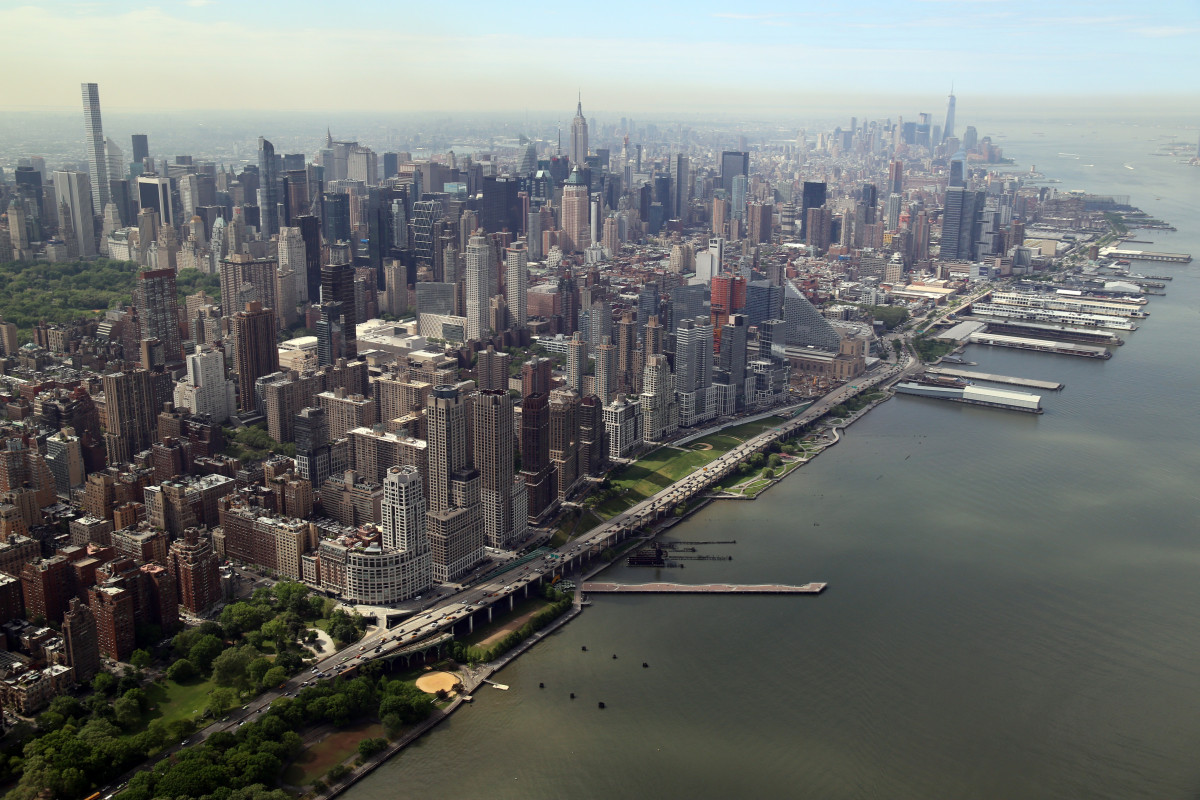 NY - Coastal barriers finally begin to rise around NYC — but can they stop the next Hurricane Sandy?

If Hurricane Sandy were to occur again today, many of the same coastal neighborhoods it destroyed would be inundated again. But a slate of climate infrastructure projects initiated in the aftermath of the storm are now — finally — making progress along the city’s waterfront.

Billions of dollars of seawalls, jetties, breakwaters, and reinforced dunes are being erected along the waterfronts of Staten Island, Manhattan, and the Rockaway Peninsula. These barriers promise to protect the coastline for several decades ahead, as sea levels rapidly rise and severe storms become more frequent. The entire 520-mile coastline of New York City faces an uncertain future amid these threats.

Significant work has been completed on three of these ongoing projects, which will cost $1.9 billion in total: the East Side Coastal Resiliency project in Manhattan, the Living Breakwaters in Staten Island, and the Rockaways-Atlantic Shorefront project in Queens. Preparatory work has also begun for a seawall that will stretch along Staten Island’s east coast, and construction is expected to begin in the next few weeks on a coastal barrier in Battery Park City, as part of the South Battery Park City Resiliency project.

In total, more than $4 billion of coastal barrier systems are currently being built in New York City, or are expected to break ground in the next two years.

For the communities that will be shielded by these new coastal defenses, they offer an extension on life. Yet for some residents, these walls and levees are not a welcome addition, or the best answer to sea level rise and climate change.

Protestors have decried the environmental and social impacts of these enormous construction projects. During the first stage of demolition of East River Park for the East Side Coastal Resiliency project, hundreds of mature trees and thousands of plants were destroyed, and more than 100 more trees are scheduled to be chain sawed as part of the impending demolition of Wagner Park in Battery Park City for the South Battery Park City Resiliency project. Critics have also questioned how long these projects will be effective, with New York City facing up to 9.5 feet of sea level rise by the end of this century.

Many of these projects have a design life of just 50 years — and will address just a few feet of rising seawater.

“Ultimately, walls along the coastline work in some places, and not in others. And they come with their own set of tragedies and tradeoffs… So none of these are perfect solutions,” said Kizzy Charles-Guzman, the executive director of the NYC Mayor's Office of Climate and Environmental Justice. “There is no silver bullet. None of these one things is going to keep us 100% safe. Nobody can live behind a wall and pretend that a severe rainstorm is not going to touch them.”

In the aftermath of Hurricane Sandy, New York City has implemented a multilayered, multiple-hazard approach to climate change that does not depend solely on coastal defenses, according to Charles-Guzman. This includes zoning changes, legislation, and green infrastructure projects initiated under the previous administration of Mayor Bill de Blasio.

“Of course these projects are fantastic and will take us a long way towards protection. And we need more,” Charles-Guzman added, citing the need for a more equitable distribution of projects citywide to address the grim prognosis of how climate change will impact New York.