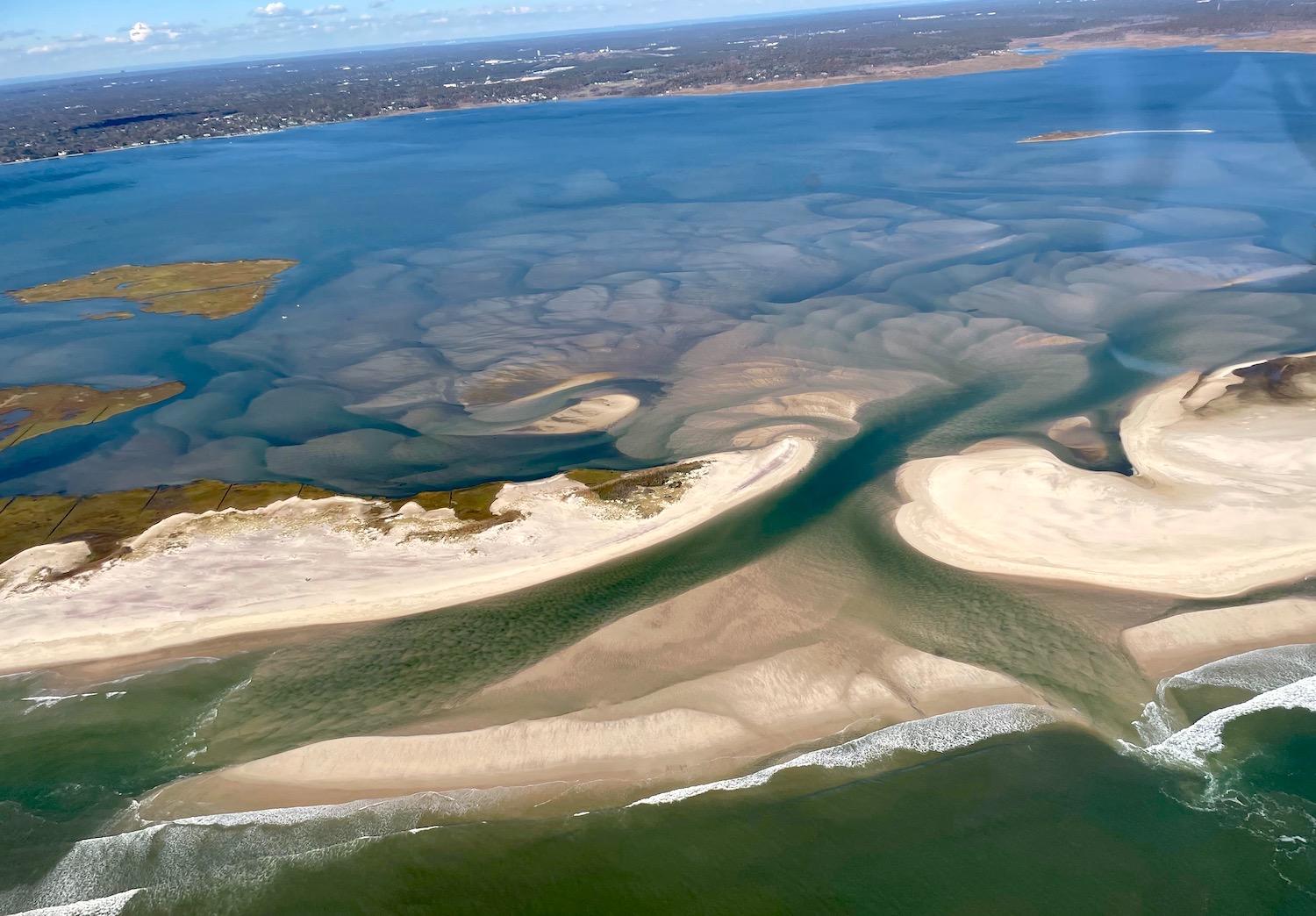 Visitors ferry to Fire National Seashore to swim, enjoy the beaches, walk in the maritime forest, tour historic buildings, and spend time with family and friends. But 50 years from now, climate change might submerge a good portion of the park.

“We’re using steps to get up off the dock and onto the boat on a more frequent basis,” said Timothy Mooney, president, and owner of Fire Island Ferries, Inc. His company has raised its docks and bulkheads up to a foot to accommodate the sea-level rise.

“This year we had more flooding on the island, and on the mainland, parking lots, and terminal areas,” said Mooney.

An Escape From Metropolis

Located within 60 miles of nearly 21 million people in the New York metropolitan area, the park faces the dual challenge of sea-level rise and popularity. It’s possible to drive or take the train from New York City to one of three ferry terminals on Long Island, spend the day on the national seashore’s pristine beaches, and return in time to make a Broadway play the same night. At the same time, the changing climate is altering the seashore's natural setting as the Atlantic Ocean pounds the barrier island throughout the year.

Almost 2.5 million people come to Fire Island annually, including about 250-300 year-round residents living in and visiting the 17 towns established before the park was created in 1964. Two hamlets –- Cherry Grove and Fire Island Pines -- were among the first places in the country to welcome the LGBTQ community. Aside from homes, there are restaurants, hotels, and an elementary school within the park’s boundaries.

Visitors can climb Fire Island Lighthouse –- the tallest in New York State-- and see the New York City skyline on a clear day. It’s also possible to tour the William Floyd Estate, estimated to be worth $155 million, where you'll find the Old Mastic House and furnished rooms once used by the first delegate from New York to sign the Declaration of Independence.

“If there’s anything we learned during the pandemic, it’s that parks are a safe haven, a popular and desirable place where visitors could enjoy the great outdoors and connect with family and friends safely. We have seen a small explosion of visitation,” said Romero.