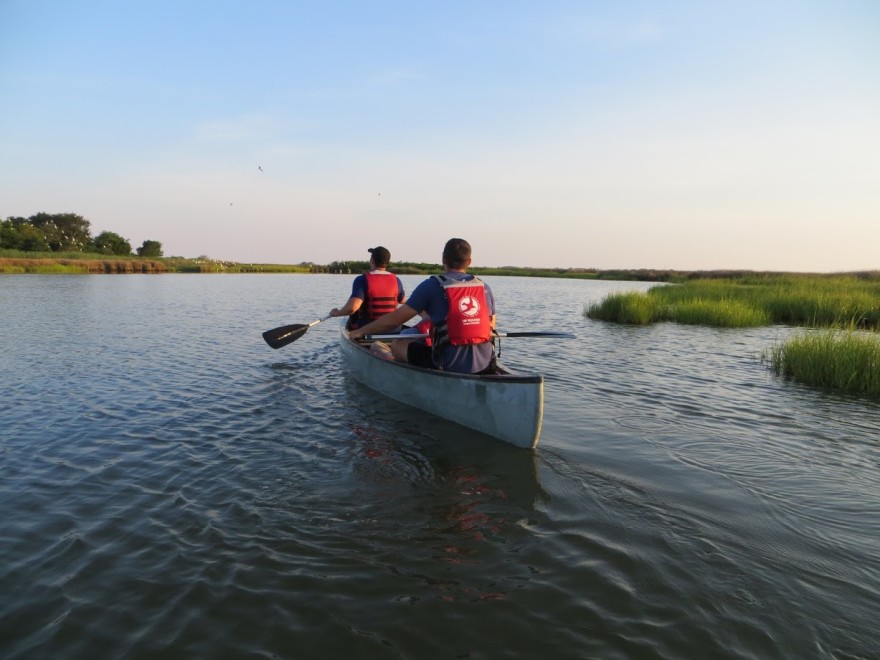 It’s Midday on the Environment. Today, a conversation about the Chesapeake Bay.

It’s Midday on the Environment. Today, a conversation about the Chesapeake Bay.

The Chesapeake Bay is the largest estuary in the United States, extending 200 miles from its northern headwaters in the Susquehanna River to its outlet in the Atlantic Ocean. It’s fed by more than 150 major rivers and streams and it encompasses parts of six states and the District of Columbia.

The number of people living and working in this vast watershed has grown exponentially over the decades and the health of the Chesapeake Bay has suffered badly. Farm runoff has degraded the habitat for blue crabs, rockfish and oysters, which are also at risk because of over-harvesting. And, climate change is eroding coastal areas, and further stressing the marine ecosystem.

The Chesapeake Bay Foundation was formed in 1967 to educate people about the Bay and to promote conservation programs . The first Bay health monitoring and restoration programs began in the 1980s. They continue to this day.

The University of Maryland’s Center for Environmental Science issues an annual report card for the Bay. This year’s report showed little improvement from recent years.