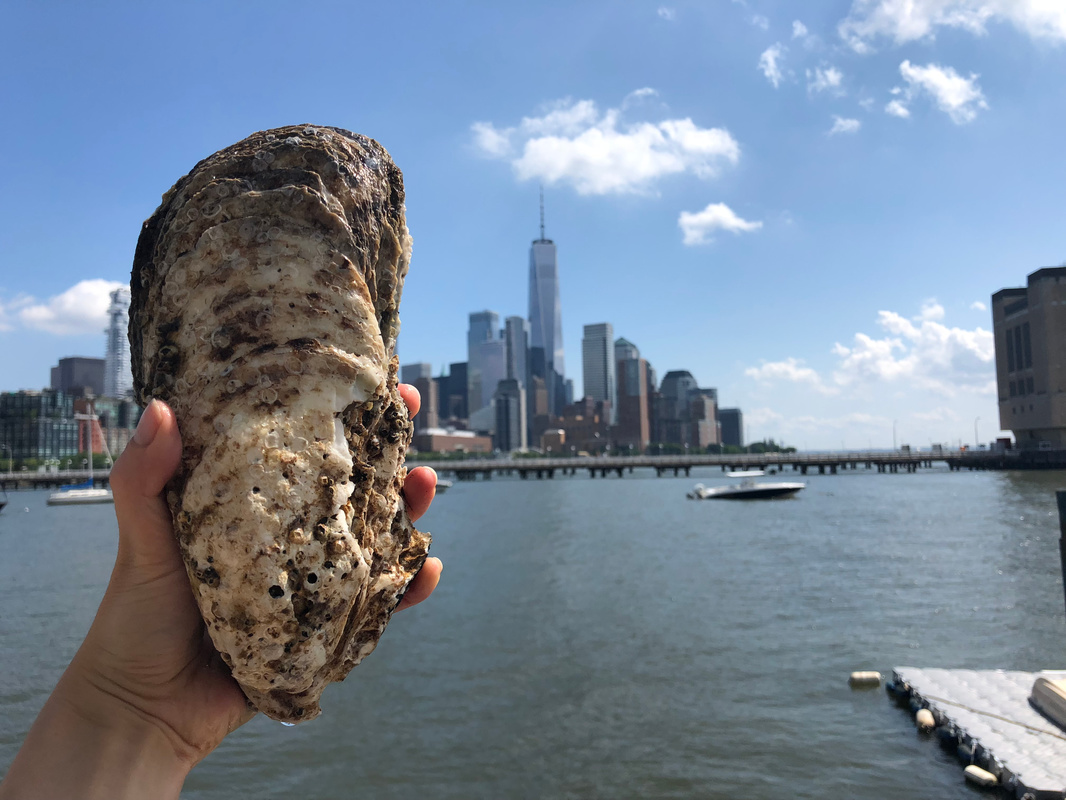 Oysters are one of New York Harbor’s best shots at clean water, as well as one of its best chances at protection from future storm surges.

These are the same oysters New Yorkers have done their best to decimate with centuries of pollution and overconsumption. The oysters hold no grudges, however, and have returned to help restore the harbor, even if New York probably doesn’t deserve it. You can explore the history of oysters in the first installment of Untapped New York’s new virtual series, Wild City with author Thomas Hynes! In each session, Hynes will explore one of New York City’s animal inhabitants, from the oysters and beavers of our waterways to the celebrity birds that soar through the skyline and the mythical alligators that allegedly slink through the city’s sewers. Hynes is the author of Wild City, an illustrated guide to “the most well-known, surprising, notorious, mythical, and sublime non-human citizens of New York City.”

When Henry Hudson sailed into New York City in 1609, he happened upon one of the world’s most impressive natural harbors. There Hudson saw whales, otters, turtles, and countless fish. What he could not have seen, however, were the 220,000 acres of oyster beds below the surface on the harbor floor, constituting nearly half of the oysters in the entire world.

The ensuing wave of European visitors to Manhattan were introduced to eating oysters by the local Lenape, who would open the shells by wrapping the entire oyster in seaweed before tossing them on a fire. The Dutch, like the English and others who subsequently made their way to New York, loved the tasty bivalves. Oysters quickly became synonymous with New York City, as Mark Kurlansky’s book, The Big Oyster: History on the Half Shell, skillfully outlines. Long before hot dog carts could be found everywhere, oysters were the ubiquitous food items of New York City; the original street meat.