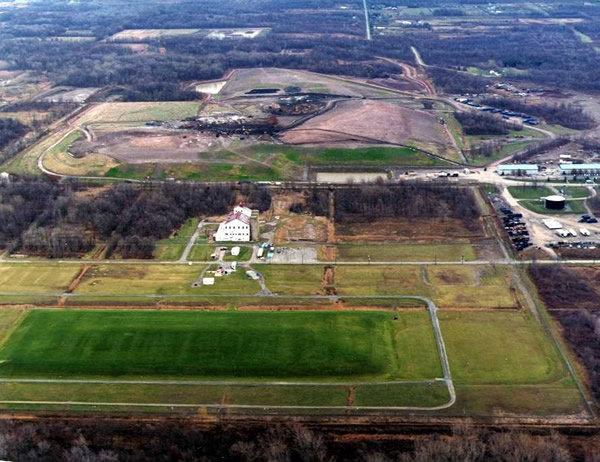 The U.S. Amy Corps of Engineers, Buffalo District, reports the public comment period is now underway on the plans to what is referred to as the alternative 3 “balance of plant” remediation at the Niagara Falls Storage Site in Lewiston.

Announced in March 2019, the balance of plant corrective measures at NFSS follows on the Corps’ earlier decision to completely remove the roughly 10-acre IWCS radioactive containment cell, process the contaminated materials and ship all the materials out of state for permanent disposal. The IWCS is located within the NFSS facility on Pletcher Road, roughly 1 mile east of the Lewiston-Porter School District’s Creek Road campus.

As reported in a Sentinel article Dec. 12, 2015, under the Army Corp’s exhaustive alternative 4 plan revealed at that time for the IWCS, all radioactive materials inside the would be excavated and disposed of off-site. Corps reps noted the IWCS, when first constructed in the late 1980s, was divided into subunits A, B and C.

•Subunit A containing 28,440 cubic yards of wastes, is where the highest percentage of radio- activity – 98% – is found. This includes K-65, L-30, L-50 and F-32 residues – wastes placed within the confines and basements of former buildings 411, 413 and 414 at NFSS, now demolished. Also found in the subunit are assorted contaminated materials, including soils and building rubble and debris from the demolished structures on the NFSS. Subunit A is found in the central and south-south- west portions of the IWCS cell.

•Subunits B and C, found in the middle and northern sections of the IWCS, contain assorted rubble and debris associated with K-65 waste handling, demolished building structures, contaminated ore-processing residual materials, and lower-volume contaminated soils. The estimated total volume of both units is 249,632 cubic yards, yet the actual percentage of radioactivity is just 2%.