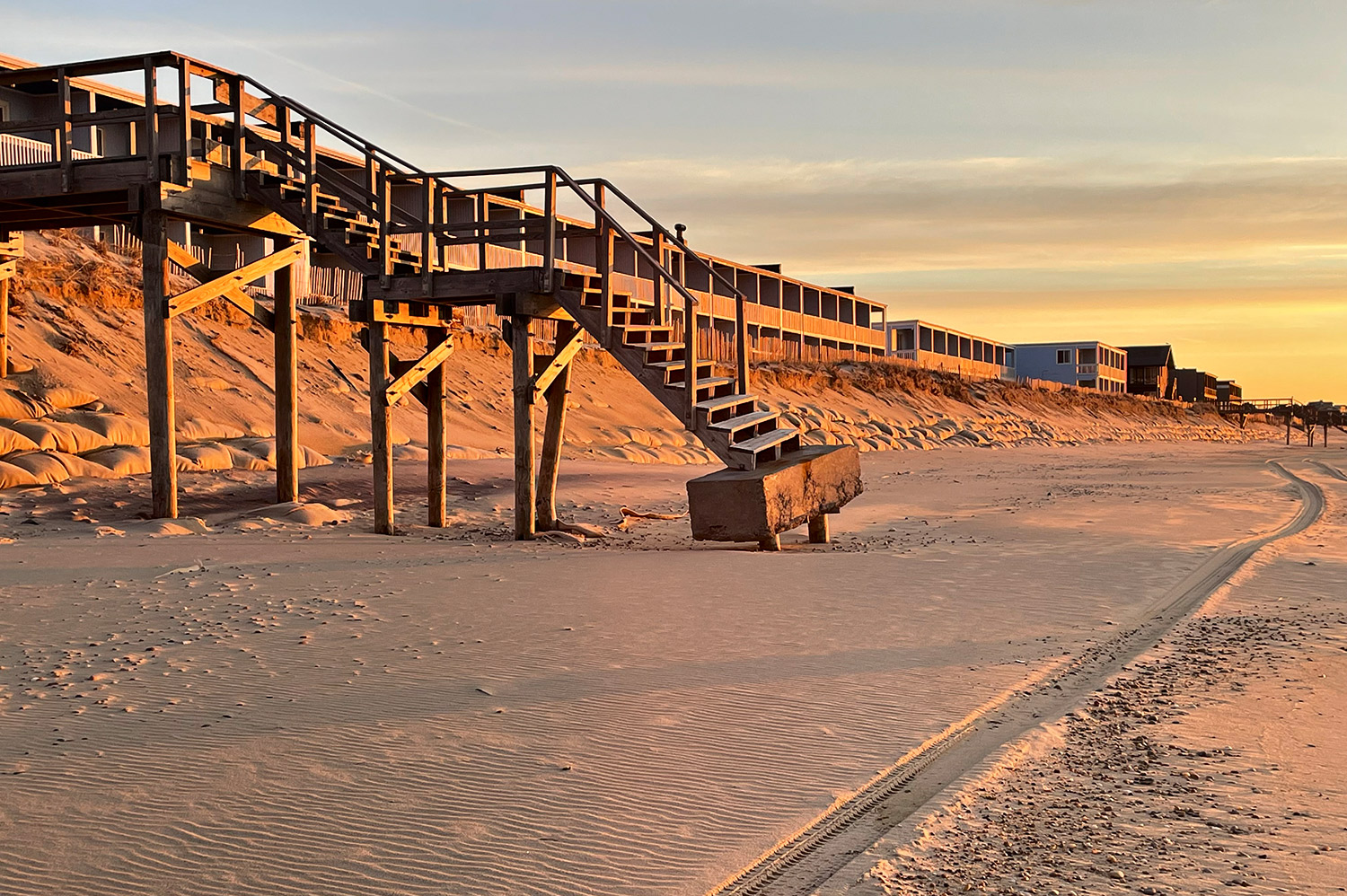 Sea level rise will transform the town as we know it

The currently projected range of sea level rise “will transform East Hampton into a series of islands with permanent submergence of low-lying areas as early as 2070.” That is the ominous conclusion that leads a draft of the town’s Coastal Assessment and Resiliency Plan, issued last week.

The long-term effects of climate change will increase the town’s vulnerability to coastal flooding and shoreline erosion, according to the draft plan, known as CARP and prepared by consultants to the town. “During the next 30 years, the chance of experiencing a flood event with a magnitude similar to that of the Hurricane of ‘38, at least once, is about 60 percent,” it concludes.

“Sea levels have risen about 1 foot over the last 100 years and the future rates of sea level rise are projected to be much greater,” between 8 and 30 inches over the next 30 years, according to the draft plan. The town’s current coastal risk level is high, the plan states, and “will increase acutely in the near term and profoundly over the long term due to the effects of climate change.”

About half of the town and East Hampton Village’s 32 beaches are currently retreating, and all are predicted to retreat in the future due to sea level rise. “The effects of current and future beach erosion will be narrowing beaches, impacts to recreational use, increased risk of dune and bluff erosion, and loss of beach habitat,” the plan states. “Narrowing of beaches is exacerbated where development prevents natural inland beach migration.”

The draft plan is meant to guide implementation of policies and projects to reduce the town’s vulnerability and facilitate adaptation to a changing environment. It will be presented and discussed at a town board work session this month. The board will subsequently vote on its adoption. If adopted, work on implementing its recommendations will begin.