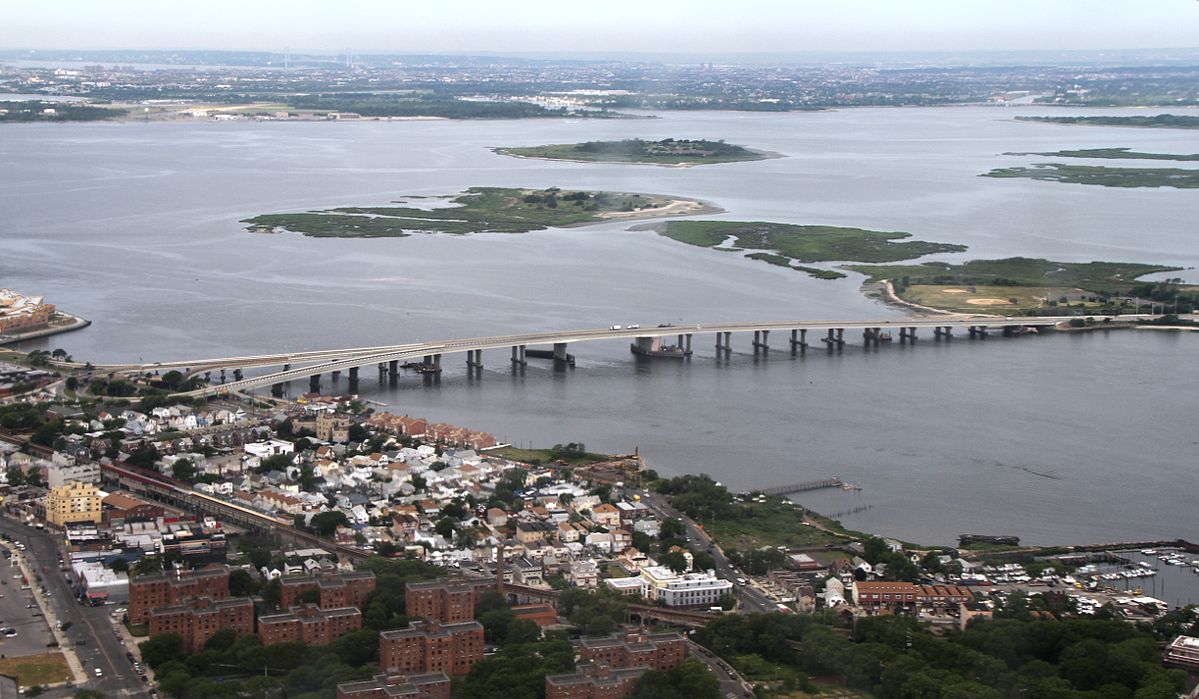 A flotilla of water birds bobbed on West Pond as hundreds of tree swallows swooped overhead, their blue iridescent backs glinting in the sun. Manhattan’s skyline loomed in the distance.

The pond, part of Jamaica Bay, a National Park Service wildlife refuge next to Kennedy Airport between southwest Queens and Rockaway Beach, is one of the few freshwater stops for migrating birds in the urban New York City region. In 2012, it was breached by Superstorm Sandy’s tumultuous waves and 115 mile per hour winds, becoming a tidal lagoon.

Now, a “living shoreline” restoration project devised by the Jamaica Bay-Rockaway Parks Conservancy is showing early signs that new marsh grasses, protected by degradable jetties, could become a prototype for other coastal resiliency projects looking to protect habitats and coastlines from the increased storms and rising sea levels of climate change.

“There are vanishingly few spaces for birds to enjoy fresh water sources in New York City,” said Scott Middleton, the conservancy’s partnership planner.  “So it’s critically important to protect West Pond as one of the last remaining sources of freshwater for native birds and for migratory birds.”‍

Superstorm Sandy walloped Jamaica Bay, pushing through low lying marshlands and overtoppng sandy dunes. Park rangers and local birders were dismayed when they surveyed the damage in the Jamaica Bay Wildlife Refuge. The storm had sliced through a popular nature path around a berm encircling West Pond, sullying it with salty bay water.