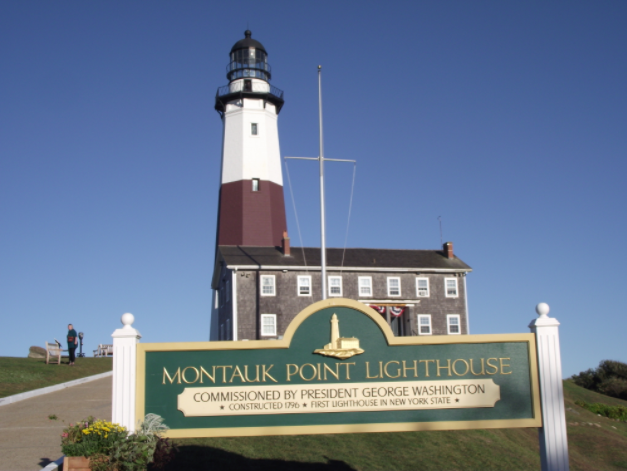 A $30.7 million state and federal project to fortify the shoreline near the Montauk Lighthouse will protect the historic structure for generations to come, Gov. Andrew M. Cuomo and representatives of the U.S. Army Corps of Engineers announced Wednesday.

H&L Contracting of Bay Shore has been awarded the two-year contract for the project, which calls for removing and reusing existing five- and 10-ton armor stones and adding additional 10- and 15-ton armor stones to protect the shore. The work, expected to begin this spring, will also provide slope stabilization with terracing and vegetation above the upper crest of the coastal rock wall, which is known as a revetment.

The lighthouse, a national landmark commissioned by George Washington, sat 300 feet from the coast when it was built in 1796. Today, because of erosion, it is less than 100 feet from the ocean.

"The historic Montauk Point Lighthouse is a New York treasure, but erosion and the weight of years are threatening to wash it away," Cuomo said in a news release. "The state is committed to working with our federal partners to prevent that from happening and preserve this landmark for future generations of New Yorkers to explore and enjoy."

Army Corps New York District Col. Matthew Luzzatto added, "We look forward to making sure this important part of American history remains a symbol of our strength and American military engineering excellence for the next 100 years."