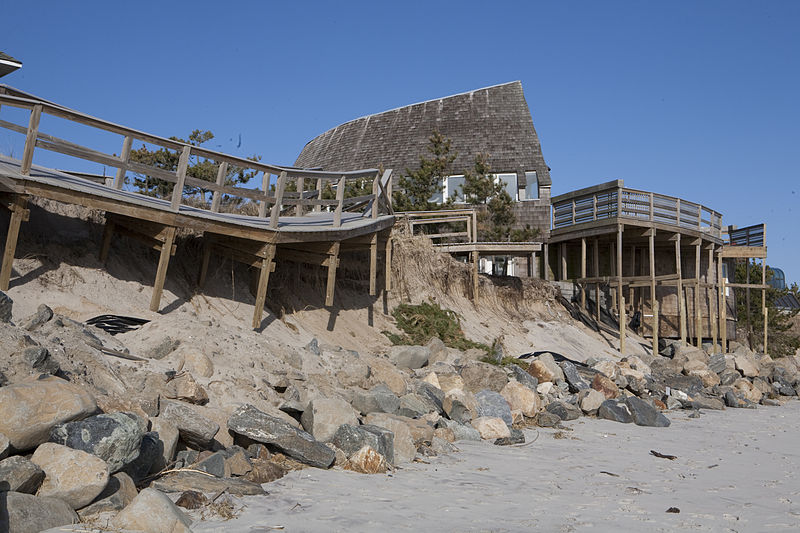 The long-awaited Fire Island to Montauk Point project, expected to protect 83 miles of shoreline along Long Island’s South Shore from storms and sea level rise, is predicted to begin in 2022, according to the U.S. Army Corps of Engineers.

Current cost estimates put the massive project, which is known as FIMP and includes dredging and a variety of coastal restoration projects, at $1.5 billion, according to a July Army Corps report. Federal funding was previously allocated following Superstorm Sandy in 2012.

Authorization for FIMP as well as the Hashamomuck Cove Coastal Storm Risk Management project in Southold were granted with passage last month of the $1.4 trillion federal spending bill.

"Continuing to safeguard and invest in our maritime infrastructure will help preserve Long Island’s way of life for generations to come," U.S. Rep. Lee Zeldin (R-Shirley) said last month in a news release.

The FIMP plan calls for a feeder beach along 6,000 miles of shorefront in Montauk to be replenished every four years for 30 years, according to the July final report signed by then-U.S. Army Corps Chief of Engineers Todd Semonite. Other measures recommended by the plan include sand bypassing at the Moriches, Shinnecock and Fire Island inlets, raising or flood-proofing 4,500 structures and the removal of two groins from Fire Island’s Ocean Beach Village.

"A true monumental achievement," Semonite hand wrote at the bottom of the report. "FIMP is a model for 21st century coastal management. We have the Sandy funds. Let’s get it built!"