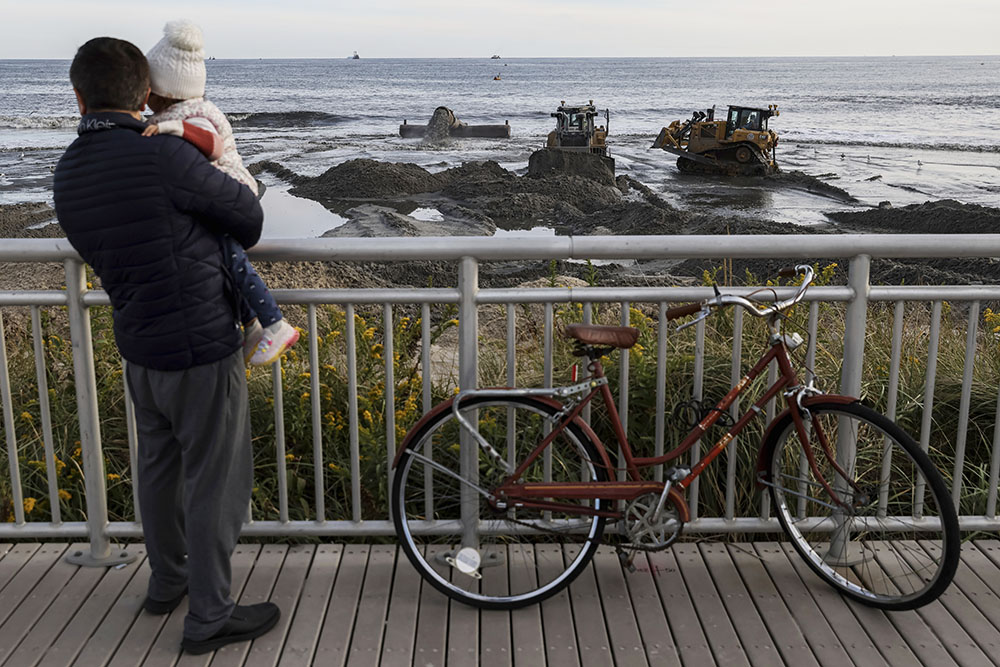 NY - 10 years after Sandy, coastal areas are still precarious — and even more populated

Don Riepe lives within a short walk of the A Train, the quickest way to get to Harlem, according to Duke Ellington's famous song.

Still, he is far from the urban scene, here in this enclave within the New York City limits but usually described as a kind of New England fishing village, the only inhabited island on Jamaica Bay. From Riepe's porch, he can see the Manhattan skyline. The water from the bay laps up to his house, so his conservation work literally moves right to his home office. Everyday Edgar the Egret, as Riepe has dubbed his visitor for the past decade, comes for a visit. Edgar is rewarded with a few slices of fish from Riepe's hand.

It is an idyllic nature scene.

But Riepe, a former manager of the Jamaica Bay Wildlife Refuge for the National Park Service, an active conservationist, former high school teacher and worker for the Audubon Society who earned a graduate degree in environmental science from the University of New Hampshire, knows nature along the water is not always so placid. He lives with the tides and the danger of flooding. He will, on occasion, move his furniture upstairs. When heavy rains and high tides come, he and the other 3,000 inhabitants of Broad Channel move their cars up to the slight incline in the middle of the main thoroughfare.

However, nothing could have prepared him for Superstorm Sandy, which blew through the island Oct. 29, 2012, with a path of destruction through New York's heavily populated waterfront areas. A total of 44 people lost their lives in the city, nine of them from Rockaway, just across a short bridge from Broad Channel.

"This community was a lake. People lost a lot," Riepe said, noting that his own modest home along the bay was demolished as more than 5 feet of water rushed through.

Sandy was dubbed a once-in-a-century event, a meteorological quirk when near hurricane-force winds and extremely high tides brought disaster. In Rockaway, where nearly 114,000 people reside, the peninsula, 14 miles long and less than a mile wide in most areas, was overwhelmed as the slim land mass was deluged with the meeting of the Atlantic Ocean and Jamaica Bay. The storm destroyed bungalows and waterfront cottages and damaged massive city housing projects. The waterfront taverns mark the spot where the water crested.

People in Rockaway and Broad Channel are not alone. Some 94 million people live in coastal areas in the United States, nearly 30% of the population. Despite storms like Sandy, and ominous warnings of rising waters, that number keeps going up.

On the Atlantic Coast, from Miami to North Carolina's Outer Banks to Manhattan, planners are trying to figure out ways that large numbers of people can live safely in precarious regions. While scores of communities have rebuilt after natural disasters, global climate change and rising oceans present challenges to long-term planning.