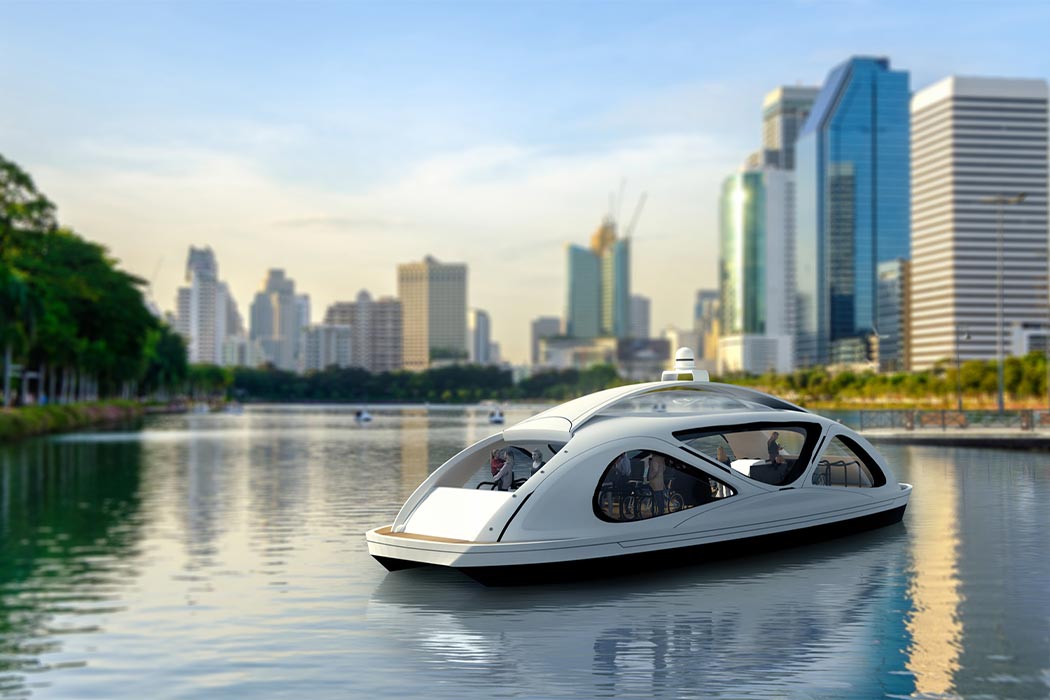 NOR - People Can Ride a Zero-Emissions Autonomous Ferry for Free in Norway!

The low-rise Norwegian city of Trondheim is a quaint, colorful port with medieval origins. At first glance, the former Viking capital doesn’t look futuristic. But it’s the headquarters of a pioneering transport initiative: a self-driving fully-electric ferry.

It was developed by researchers at the Norwegian University of Science and Technology (NTNU) in 2018 as an alternative to a proposed bridge. The prototype was a success, and NTNU formed Zeabuz, the company building and operating the boat, a year later.

Zeabuz’s CEO, Erik Dyrkoren, says they will launch the little autonomous ferry next year. He says it works “like an elevator.” A canal separates the port and the city center. Passengers on either side can press a button to summon the boat to their side. The ferry wirelessly charges while it sits idle at the dock, waiting for someone to press the button.

The boat can fit 12 passengers and bicycles. It takes less than a minute to cross the canal. Usually, the journey would take pedestrians 15 minutes by foot.

The initiative is part of a grander movement targeting the use of waterways for more sustainability. Coastal areas have the opportunity to cut down road congestion by using channels with smart, climate-friendly mobility solutions. Zeabuz is the perfect example.