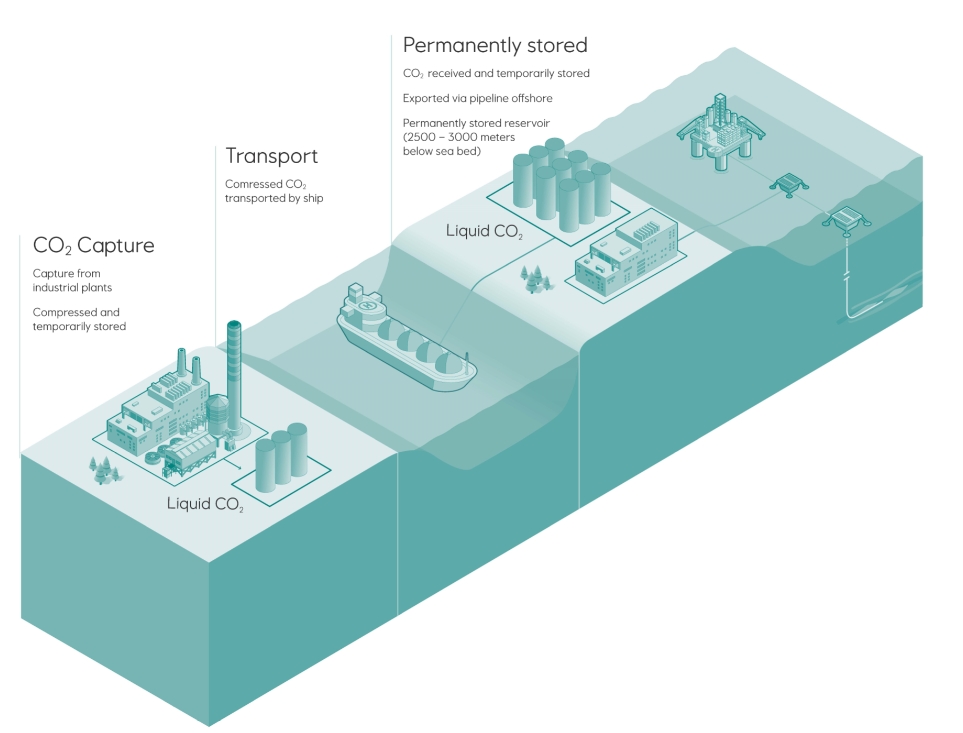 The Norwegian government has submitted a proposal to Norwegian Parliament to launch “the greatest climate project in Norwegian industry ever” – the carbon capture and storage (CCS) project named Longship.

The Norwegian Government said in a statement on Monday that Longship, Langskip in Norwegian, was a milestone in the Government’s industry and climate efforts.

Prime Minister Erna Solberg stated that the project would lead to emission cuts and facilitate the development of new technology and thus new jobs.

The Government proposes to first implement carbon capture at Norcem’s cement factory in Brevik. It also intends to fund Fortum Oslo Varme’s waste incineration facility in Oslo, providing that the project secures sufficient own funding as well as funding from the EU or other sources.

“For Longship to be a successful climate project for the future, other countries also have to start using this technology. This is one of the reasons why our funding is conditional on others contributing financially as well”, Solberg added.

Longship also comprises funding for the transport and storage project Northern Lights, a joint project between Equinor, Shell and Total. Northern Lights will transport liquid CO2 from capture facilities to a terminal at Øygarden in Vestland County. From there, CO2 will be pumped through pipelines to a reservoir beneath the sea bottom.

Minister of Petroleum and Energy Tina Bru added: “Building bit by bit in collaboration with the industry has been important to us in order to be confident that the project is feasible.

“This approach has worked well, and we now have a decision basis. Longship involves building new infrastructure, and we are preparing the ground for connecting other carbon capture facilities to a carbon storage facility in Norway. Longship is the greatest climate project in Norwegian industry ever. We will cut emissions, not progress”.