International
via Government of Norway 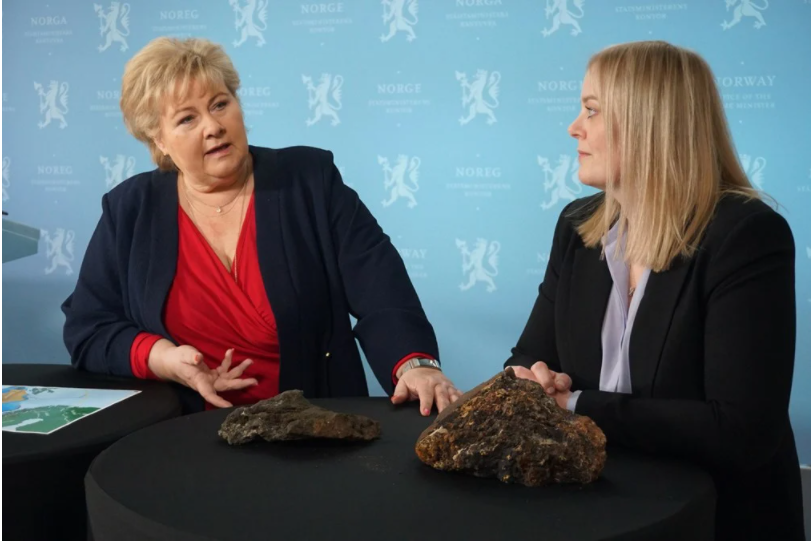 NOR - Norway Eyeing Deep-Sea Metal Mining Future Instead of Oil

Norway, one of the wealthiest countries in the world due to its oil and gas reserves, is looking to transition to deep-sea mining for copper, zinc, and other metals in high demand in green technologies.

According to Reuters, Norway could license companies for deep-sea mining as early as 2023 potentially placing it among the first countries to harvest seabed metals for electric vehicle batteries, wind turbines, and solar farms.

The country’s government announced on Tuesday that it started preparations for an environmental impact study needed to open areas for seabed mineral exploration and production.

This follows three years of expeditions by the Norwegian Petroleum Directory which found deep-sea deposits of copper, zinc, cobalt, gold, and silver.

Norwegian University of Science and Technology (NTNU) researchers have estimated that there could be up to 21.7 million tonnes of copper – more than the world’s copper output in 2019 – and 22.7 million tonnes of zinc on the Norwegian continental shelf. Mean estimates, however, are far lower at 6.9 million and 7.1 million tonnes, respectively.

The expeditions also discovered high concentrations of lithium and the rare earth metal scandium used in electronics and alloys in manganese crusts which grow on bedrock.