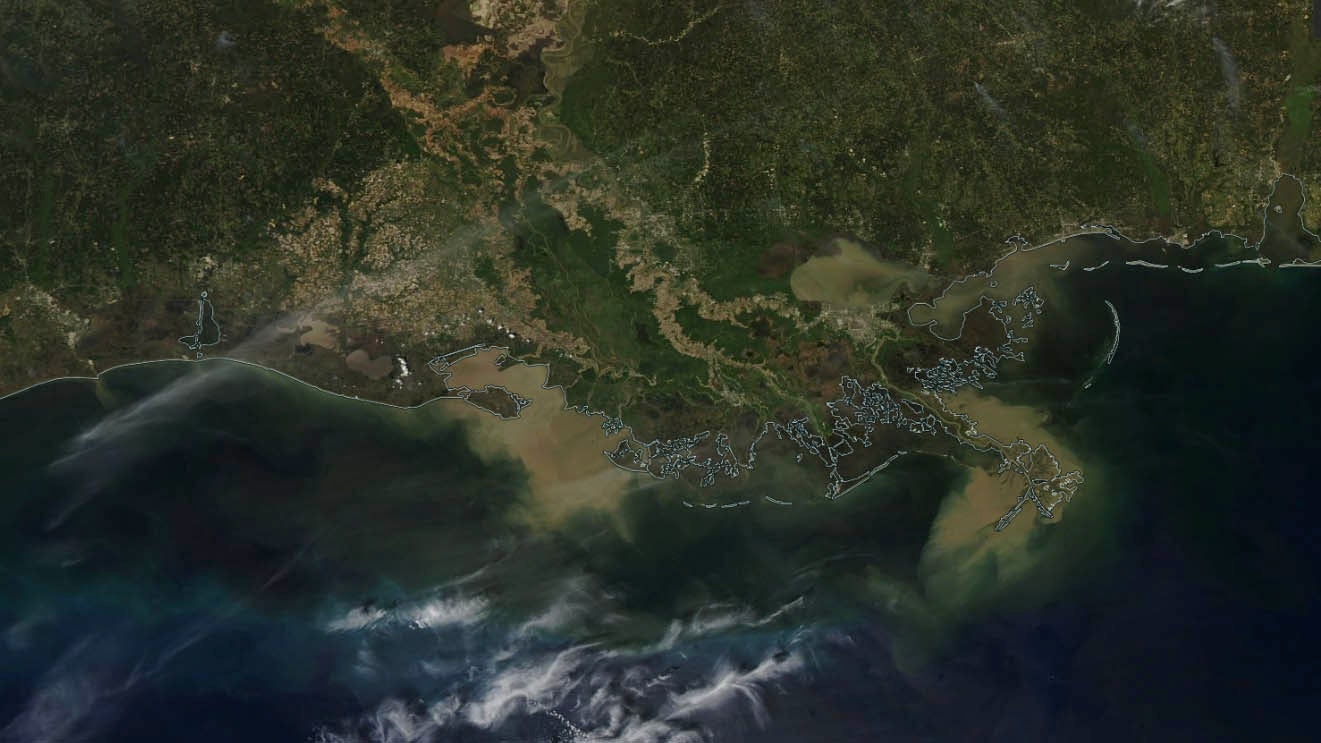 Mississippi has faced historic floods in the first two months of 2020. A new image from NOAA and NASA’s Visible Infrared Imaging Radiometer Suite (VIIRS) satellite, show the flooding along the rivers in the region, particularly the Mississippi, Pearl and Pascagoula rivers.

By the time that the Feb. 27 image was taken, the flooding had subsided from its highest stage in the days prior.

According to the NASA Earth Observatory, the thick clouds that covered the area for 10 days prevented the satellite from getting a clear view of the flooding at its most severe stage. That said, the image from Feb. 27 used a combination of visible and near-infrared light to make the parts of the rivers that are flooded more visible.