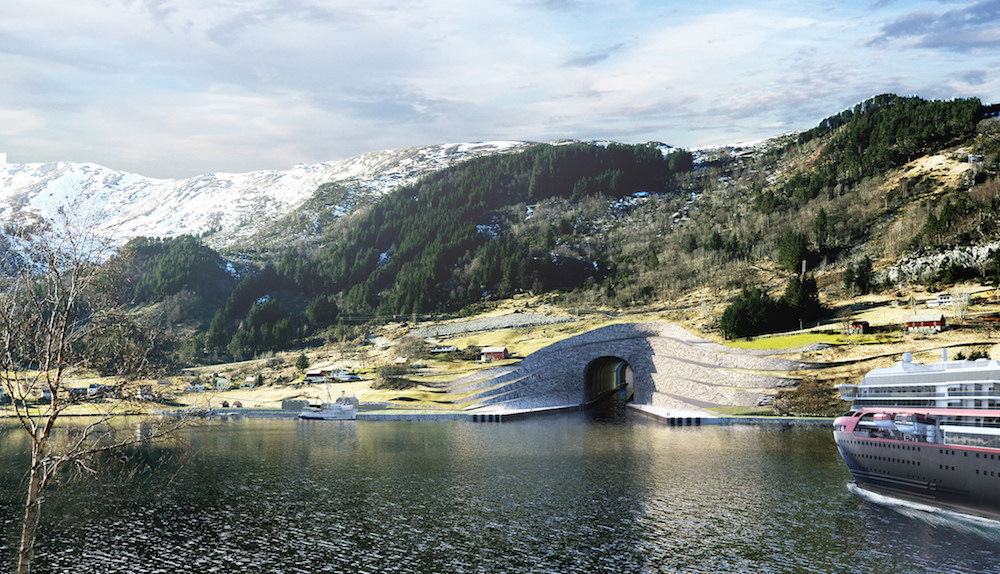 Norway has given the green light to begin preparations for the construction on what is expected to become the world’s first ship tunnel.

The Stad Ship Tunnel will cut through the Norway’s Stad peninsula allowing ships up to 25.5 meters wide to avoid one of the most dangerous routes along the Norwegian coast.

The Norwegian Coastal Administration has received an assignment letter from the Ministry of Transport and Communications, which gives a green light to start preparations for the construction of the tunnel.

“Based on the allocation letter, we will now start the processes of acquisitioning properties in the area where the ship tunnel will be located, as well as put in place a project organization, prepare a tender basis and initiate a tender,” said Terje Andreassen, a temporary project manager for the Stad Ship Tunnel at the Norwegian Coastal Administration.

The entire project is estimated to cost NOK 2.8 billion (USD $330 million) with a construction period of three to four years. The Norwegian Coastal Administration is aiming to acquire the land and select a contractor sometime this year which will allow construction to start in 2022.

The Stad Ship Tunnel will be blasted through about a mile (1.7 km) of rock at the narrowest point of the Stad Peninsula.