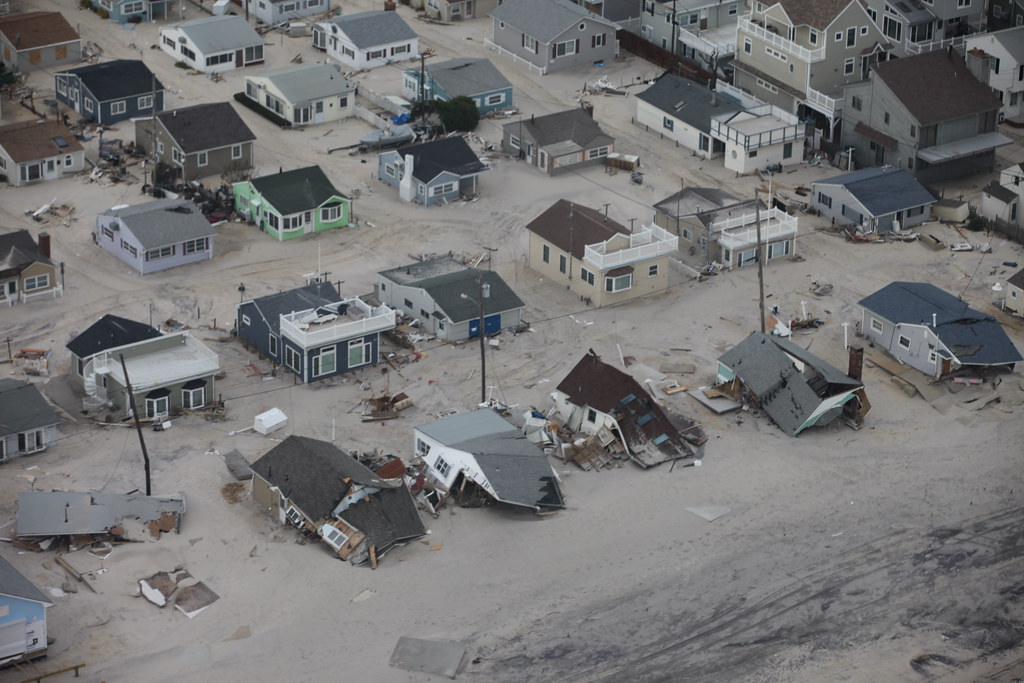 NJ - Will post-Sandy repairs be enough for the next big storm?

HOBOKEN, N.J. (AP) — After Superstorm Sandy struck the northeast U.S. in 2012, an unprecedented effort began to fortify the densely populated coastline against the next big storm.

Thousands of homes were raised on pilings. Concrete and steel walls meant to help hold back the sea were hidden beneath rebuilt dunes and beach boardwalks. Tunnels near New York's harbor were equipped with giant flood doors.

Then, last year, the region learned that even all those precautions might not be enough in an age of more powerful storms.

Flash floods killed at least 58 people from Maryland to Connecticut when the remnants of Hurricane Ida blew into the northeast after first striking the Gulf Coast. In New York and New Jersey, people drowned in basement apartments far from any ocean or bay. In the suburbs, motorists were swept away trying to escape flooded inland roadways.

The two deadly storms, nearly a decade apart, left public officials and residents alike contemplating what more needs to be done. And today, 10 years after Sandy and with billions of dollars already spent, the most ambitious and comprehensive protections are years away from completion, with some still in early stages or even unfunded. Experts say Ida showed the area was not ready for another storm — and they worry about what will happen when the next one hits.

"We must be more prepared than we are now," said Shawn LaTourette, New Jersey's environmental protection commissioner. "We have done a lot of work since Sandy — developing the dune system, the buildings raised and the flood control infrastructure. We're still not ready."

Residents echo his concerns. "I will be forever nervous because of Sandy," said Liz Ndoye, whose Hoboken home flooded. "I will never feel safe. We can mitigate, but we will never stop the city from flooding. Every time it rains, I worry. We are in a climate crisis."

She watched Hurricane Ian devastate the Florida coast weeks ago. "This is coming for all of us," she said of future storm fears.

Experts nationwide say hurricanes like Ian set off a familiar cycle: Another round of evaluations follows each storm, adding to the list of needed work, from the overhaul of aging inland stormwater management systems to infrastructure projects to address climate change concerns.

"We have to think of more sustainable ways to live along the coast," said Greg Tolley, executive director of the Water School at Florida Gulf Coast University. "We have to do things differently. The so-called 100-year storms and the Category 4 and 5 hurricanes are happening more frequently."

When Sandy made landfall just north of Atlantic City on Oct. 29, 2012, it touched off a rethinking on not just rebuilding the region, but on the effect of a warming planet and rising seas for all plans.

In New York, work began last year on a $1.5 billion effort to protect Manhattan's Lower East Side by raising the East River shoreline about 8 feet. The project involves bulldozing around 1,000 trees and a waterfront park, then rebuilding it and a 1.2-mile-long floodwall on top of tons of fill. It's one phase of a ring of planned flood barriers and levees dubbed "The Big U." Completion isn't expected for years.