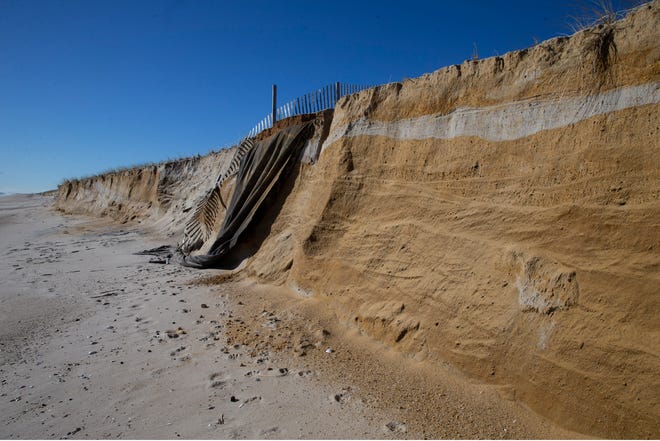 Curtis said the borough estimates it will cost about $600,000 to repair dunes and replace sand on the beach that was eroded during a storm that struck in early February. Pounding waves caused severe erosion in Bay Head; in some cases, the bottom of dunes was scoured so deeply that there is a 15- to 18-foot drop down to the sand.

Watch the video above to see a drone view of damage to Bay Head's dune line.

The borough has closed off all its beach entrances except for the Strickland Street entrance, which is the only one officials believe is safe.

Toms River Engineer Robert J. Chankalian gave a similar estimate for repairs in Ortley Beach, where the sea eroded the dune lane and damaged some ramps leading over the dune line.

The Township Council agreed earlier this month to seek bids for repairs to beachfront; Chankalian estimated the cost at $600,000 and said the township expects to receive funding from FEMA for the majority of the cost.