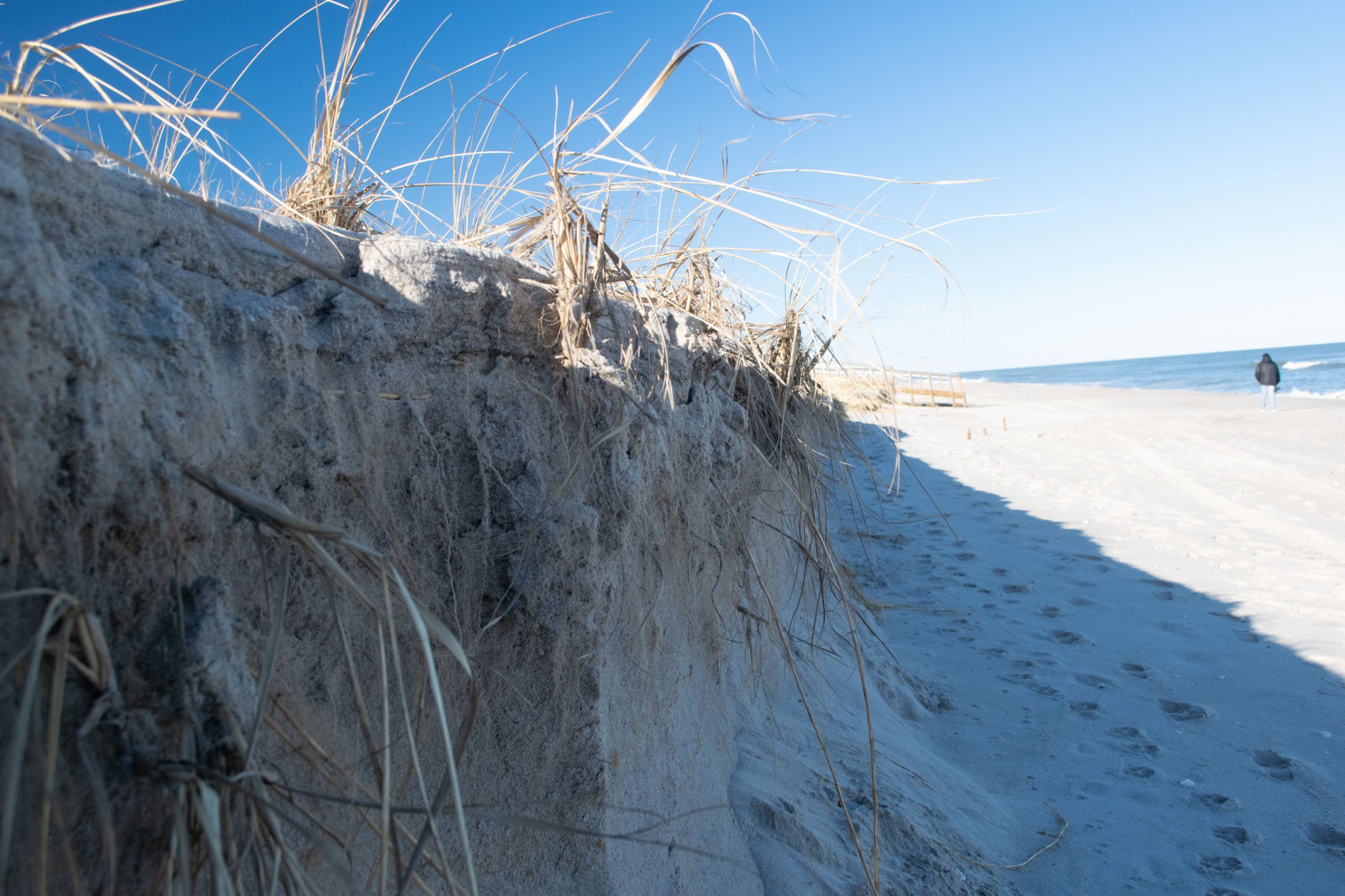 As Gov. Phil Murphy’s administration began lobbying the federal government for funding to repair beaches decimated in the Feb. 2021 nor’easter, Toms River officials said the township would ensure the beaches would be in shape for the summer season regardless of whether help is provided.

Ortley Beach was one of several communities which the state Department of Environmental Protection said, in a document released Tuesday, suffered “major” damage as a result of the storm. The official report from the DEP stated that Ortley Beach suffered “up to 90-feet of sloped erosion, 6 to 8 feet in height.” The same letter noted “wave runup/tide to the upper beach/dune” and “vertical dune scarping up to 10-feet in height, plus additional damage to dune, crossovers, and fencing from Fourth Avenue south through Ninth Avenue.

“Scarping” is a term that refers to the cliff-like drops that are carved by waves into a block of beach sand. They can range from just inches in a normal high tide to dozens of feet during major storms.

“While we’re hoping for that, we’re planning for that not to happen,” said Township Engineer Robert Chankalian. “If that doesn’t work, we’re working on bringing in sand, working on the crossovers and all of the mats.”

Sand may need to be trucked in to Ortley Beach if an offshore dredger is not authorized and funded to perform emergency replenishment. The township may also have to repair several beach entrances that were destroyed, including post fencing, snow fencing and Mobi-Mat matting that creates a non-slip surface for crossing the dunes.