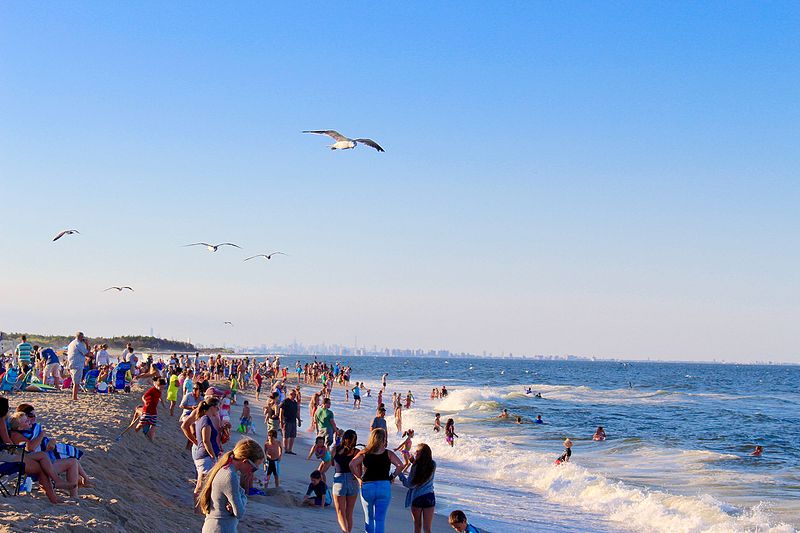 NJ - Time Is Ripe for That N.J. Beach Fee-Debate | Opinion

Online grocery sellers. Big-box retail stores. Plexiglass fabricators. Meal delivery services. Remote meeting platform providers. Whiskey and wine producers. These are a few of the industries that had bigger sales, predictably, in 2020 as the COVID-19 pandemic and its lockdowns took hold.

One area of revenue growth might be surprising, though, during a year of a stay-at-home orders or admonitions. Jersey shore towns that sell beach tags apparently cleaned up. Some 27 of the municipalities that require fees for in-season beach use reported increased revenue over 2019, according to an NJ Advance Media survey, while just nine took in less money than the previous year.

This doesn’t seem to square with shore business owners who declared the 2020 season a lost cause, except that lousy weather, less than the coronavirus, may have cut beachgoing by people who had already purchased seasonal tags.

In any event, off-season talk now turns, as it often does, to price increases for 2021 badges. Also lurking around is the whole idea of charging anyone for the right to encamp on what are clearly public beaches — supported not just by local property taxes, but considerable federal and state funds to replenish the shoreline.

Reports have emerged that the Wildwoods in Cape May County, home to the state’s only sizable totally free beaches (along with Atlantic City) are considering instituting beach fees. Relax. It’s not going to happen for 2021. But this provides a time frame for lawmakers and the public to rethink the broad philosophy of charging for access to non-private beaches, something other states simply do not do.