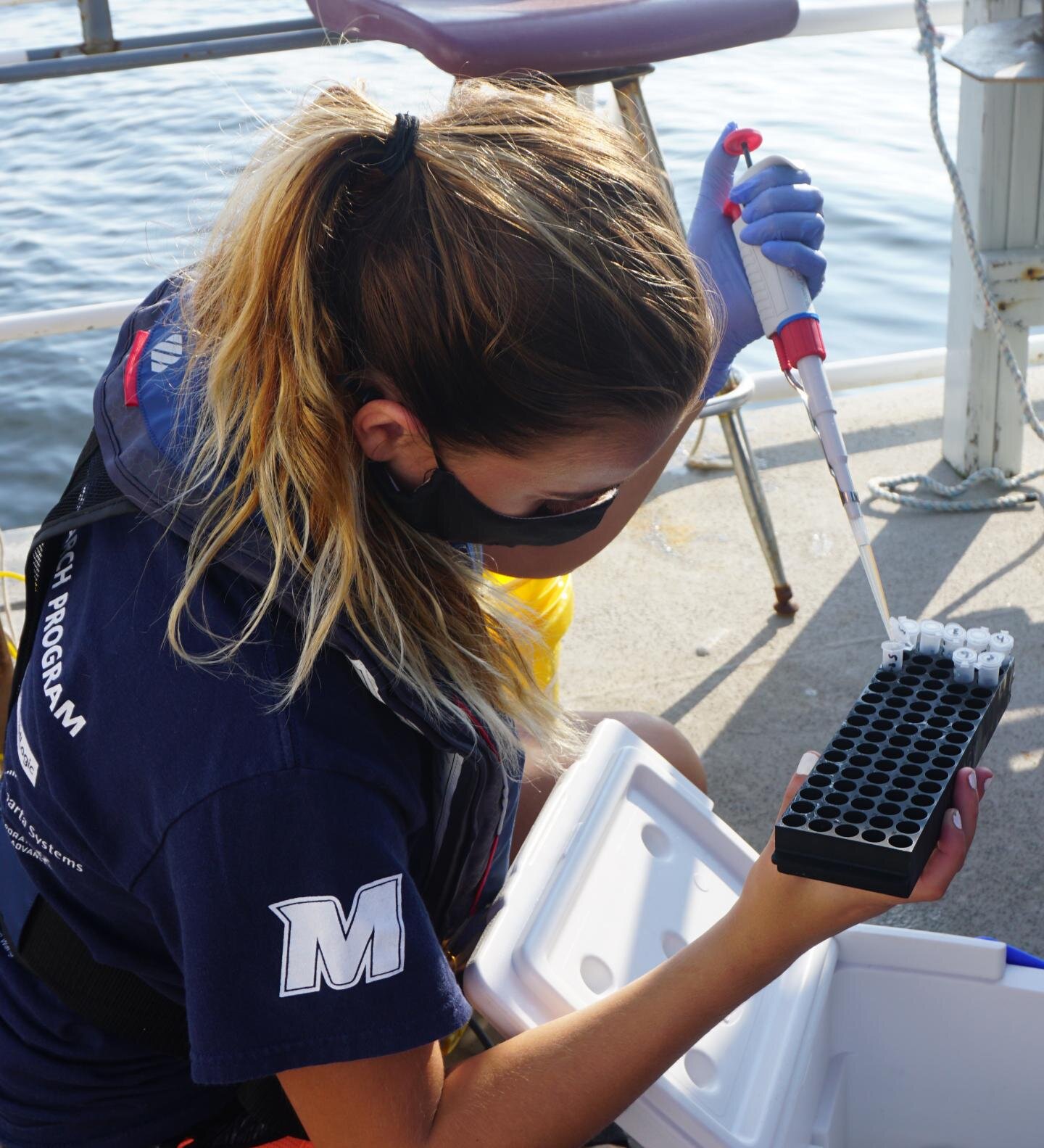 Humanity is a step closer to answering one of the most ancient of questions—"how many fish in the sea?"—thanks to newly-published proof that the amount of fish DNA collected in a water sample closely corresponds to kilos of fish captured in a trawl with nets.

In a breakthrough study, scientists report that floating bits of DNA found in small water samples reveal the relative biomass of fish in the sea roughly as well as a 'gold standard' US state government trawl with nets.

The researchers drew seawater samples during New Jersey government fish trawls and tested the water for fish DNA. Analysis of the water was able to reveal the relative abundance of fish with a 70% match in results between the two sampling methods. In addition to the great concordance between methods, the study found that each sampling method yielded information missed by the other.

While environmental DNA ("eDNA") has been proven before as a reliable way to determine the variety of fish in an area of water, the new study is the first to show that bits of eDNA floating in seawater also disclose the relative abundance of the species swimming through it.

Published by the prestigious ICES Journal of Marine Science, the paper certifies 'fishing for DNA' as an inexpensive, harmless complement to nets, acoustics and other established ways to monitor the health of fish stocks and/or the shifting diversity, distribution and abundance of aquatic life.