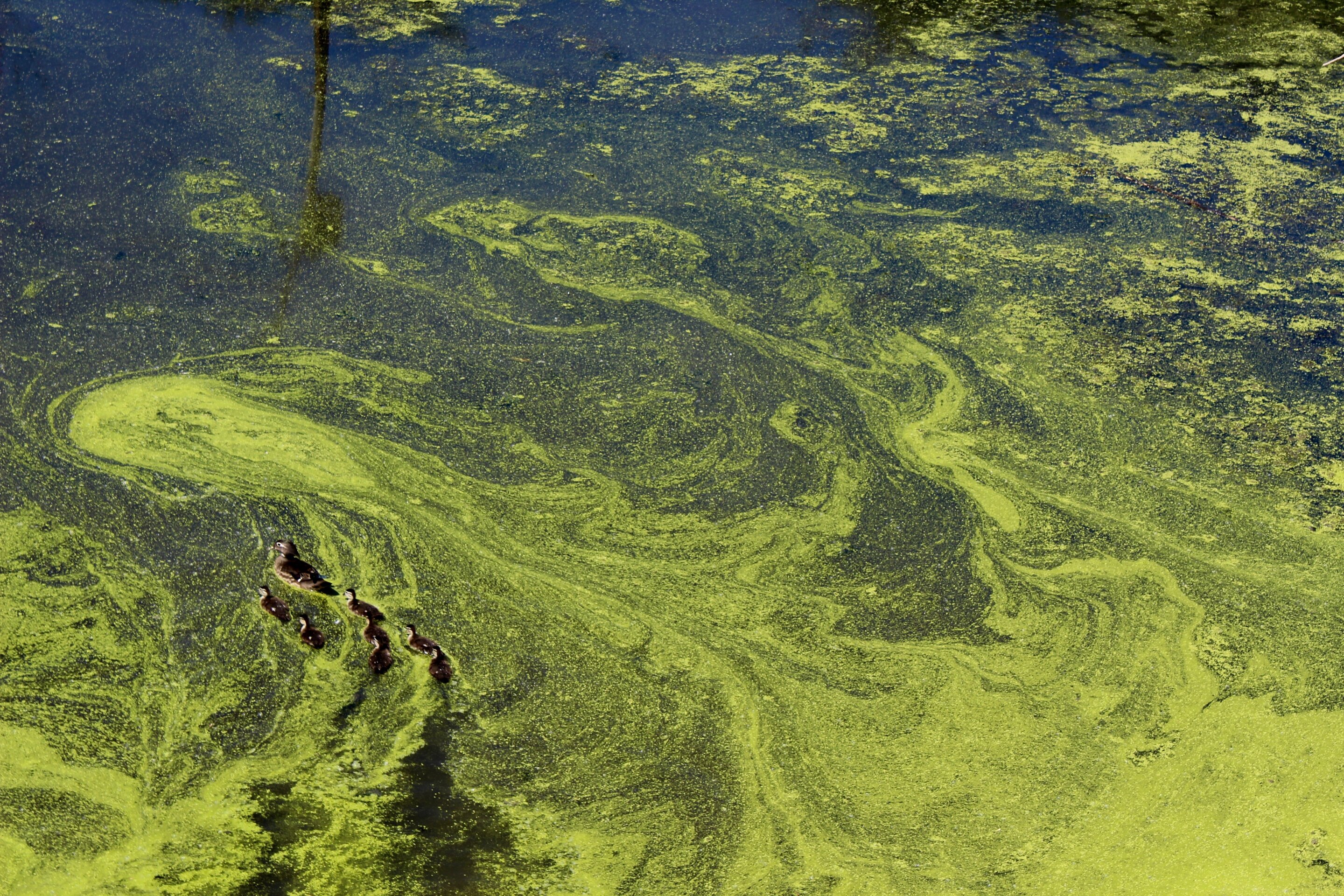 April showers bring July harmful algal blooms (HAB) in New Jersey's largest coastal lake. A Monmouth University-led study published in the journal Urban Naturalist finds that Deal Lake is locked in a seasonal cycle that sees the system loaded with nutrients in the cold winter and early spring months, fueling bursts of cyanobacteria growth in the summer and early fall.

Endowed Professor in Marine Science Jason Adolf, the study's lead author, likened HAB events to baking a cake, with a recipe requiring a few key ingredients: nitrogen, phosphorous, sunlight and warm water temperatures. The researchers found that during the cold months, stormwater runoff stocks the lake with nitrogen contained in materials such as lawn soils, fertilizers and road salts.

As the waters heat up, the HAB organisms feast on the nitrogen and begin to balloon in number, clouding up the water and changing its chemistry. This in turn triggers a release of phosphorous stored in sediments along the lake bottom.

According to Adolf, nitrogen tends to be consumed somewhat quickly, leaving HABs to depend on heavy rainfalls to recharge the lake in order to sustain themselves. However, he noted that phosphorous does not break down as easy, and Deal Lake likely has a heavy supply of it locked within its floor throughout the year.

Like other coastal water bodies in Monmouth County, Deal Lake has seen heavy residential and commercial development along its waterfront and tributaries through the years, reducing natural buffers that would otherwise stop runoff from entering the system. Local sewer systems also funnel unfiltered stormwater straight from the streets into the lake.

With a total surface area of 155 acres, Deal Lake borders seven municipalities with a combined population of over 70,000—a number which swells during summer tourism season. It once flowed freely into the Atlantic Ocean between Asbury Park and Allenhurst, but today is connected via a flume gate that can be manually opened and closed to regulate water levels and allow for fish migrations in and out of the lake.

The study centered on 2017 and 2018 data collected by the New Jersey Department of Environmental Protection (NJDEP) and experiments conducted on water samples taken at that time by Adolf and Monmouth students. Monmouth continues to monitor Deal Lake regularly through its leadership of the Coastal Lakes Observing Network (CLONet) and other research efforts.

A comparison of the modern data and that collected through a 1978 NJDEP study indicate the system has experienced significant changes. Average Deal Lake temperatures reached 84.2 degrees in July of 2017 and 82-84 degrees in July-August of 2018, versus 66.6 and 68.9 degrees reported in July and August of 1978. The authors raise two possible factors behind the rise in water temperatures: warming air temperatures in New Jersey and infilling from sediment runoff that's left the lake shallower and easier to warm.

"The challenges for Deal Lake could become more serious as climate change advances, bringing warmer waters that are more hospitable to HABs," Adolf said. "Communities along the lake should focus on targeted watershed improvements, including the restoration of wetlands and natural features around waterfront areas, to control seasonal nutrient loading from stormwater runoff. They should also consider dredging to reduce the phosphorous locked in the lake bottom in the winter and bring the body closer to its historic depths."

The issue of HABs in New Jersey has gained attention in recent years due to lengthy closures at summer tourist destinations such as Lake Hopatcong and Greenwood Lake that impacted their local economies. The toxins present in HAB events can make humans and pets sick upon contact, cause mass fish kills, and threaten water supplies. They are characterized by green slicks that can resemble spilled paint and foul odors.