Mid-Atlantic
Rendering of the 12-megawatt turbine made by GE Renewable Energy to power the 1,100 megawatt Ocean Wind offshore wind farm to be built off Atlantic City. 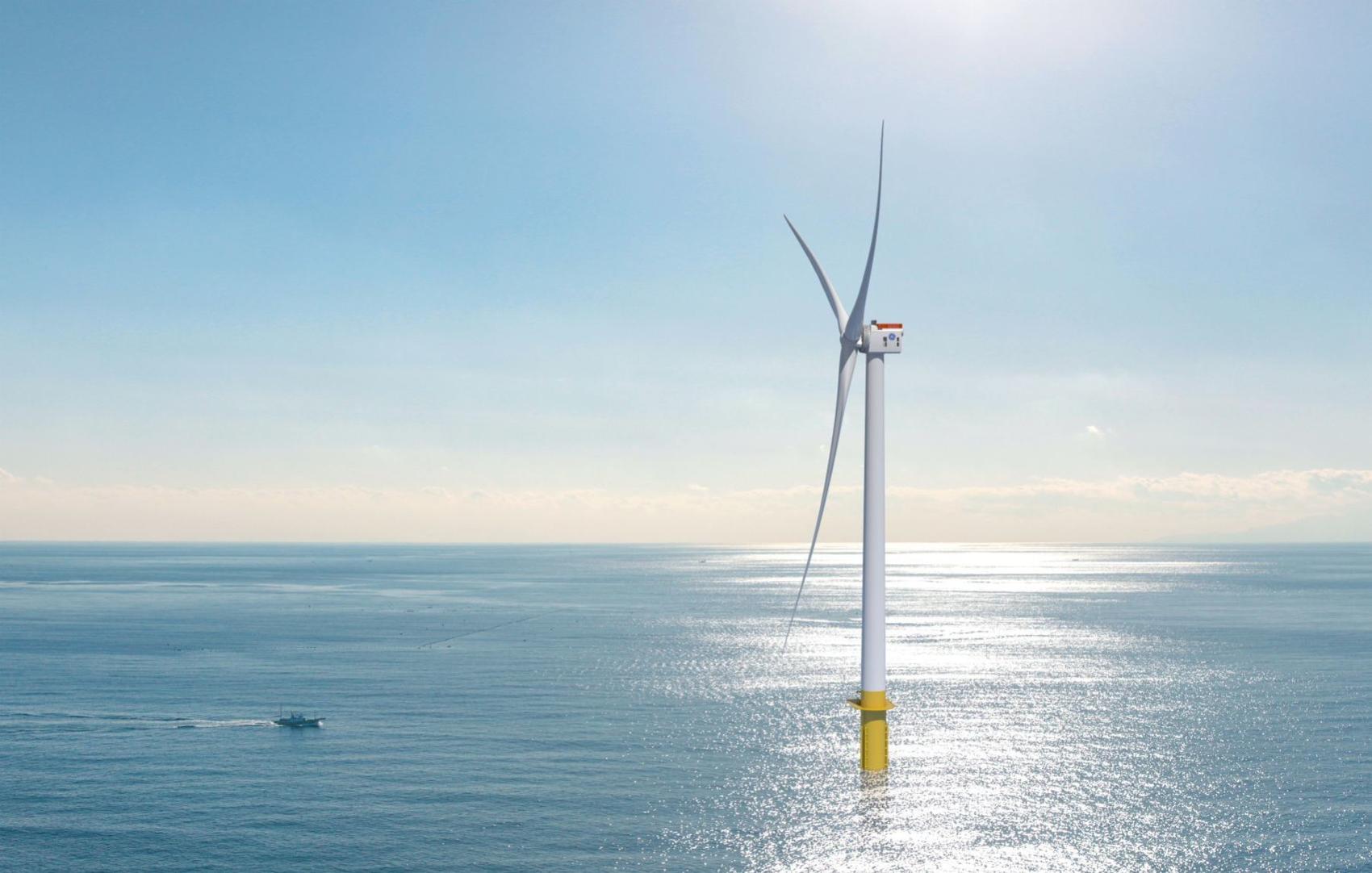 Gov. Phil Murphy last week announced a new detail in New Jersey’s work toward his goal of 7.5 gigawatts of offshore wind energy production — another one that will benefit the South Jersey region.

The governor said the first staging port for finishing assembly of wind turbines and shipping them to their installation a dozen miles off Atlantic City will be on the Delaware River in Salem County. The 30-acre site is adjacent to the state’s three nuclear generating stations in Lower Alloways Creek Township.

Denmark-based Ørsted, which was chosen a year ago to build the 1.1 gigawatt field of 90 wind turbines 853 feet tall, already has selected the Lacey Township site of the former Oyster Creek nuclear plant to bring much of the generated electricity ashore. One or two additional locations may be chosen.

The state expects the Salem staging port to employ 1,500. Murphy said another 25 acres there will be made available to try to lure manufacturers of turbine parts to the port. That still would leave 160 acres for future development.

Companies and N.J. taxpayers will split the $400 million estimated cost of the staging port.