Northeast
Summer paid parking requirements take effect in Belmar on Saturday, with ParkMobile metering added to several new streets including this one on Sixth Avenue, a block from the beach.Photo by Michael Boyce 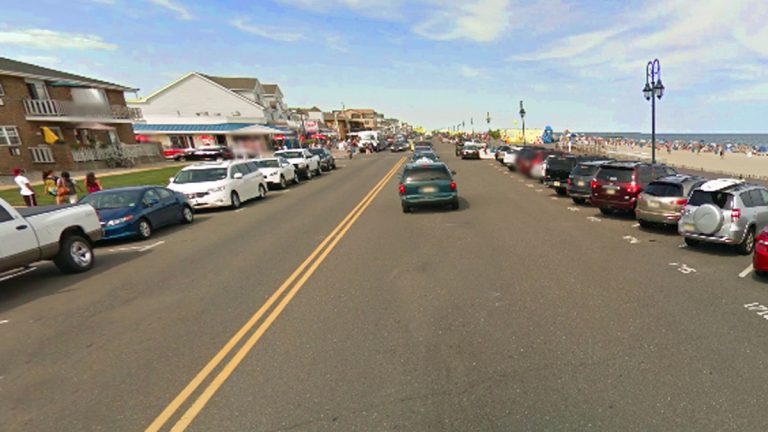 Metered parking goes into effect on Saturday in Belmar for the coming summer season, when parking near the beach will cost $1 an hour on some blocks and $2 an hour on others, from 7 a.m. to 10 p.m, payable through the ParkMobile phone app or automated phone line.

Paid parking is not new this year in Belmar. The borough began using the ParkMobile app in May 2020, a technology that has allowed Belmar and other municipalities to monetize increased demand for fresh air and wide open space afforded by beaches during the coronavirus, while avoiding any physical contact involved in collecting parking fees.

But paid parking has been expanded this year to include various blocks inland of Ocean Avenue, and without the availability of residential parking permits, some residents who have relied on free on-street parking say they will now have to pay to park outside their homes or hunt for a free parking spot somewhere farther from the beach and their front doors.

“We’re not opposed to them raising funds for the town through tourism, but for the working class people who live in town, I don’t think it’s fair to them,” said Michael Boyce, who lives on a block of 5th Avenue — a block west of the beach where paid parking will be in effect for the first time this year.

Boyce lives in one of 30 apartments in a building with just 23 on-site parking spaces, and relies on on-street parking. He works from home as the events manager for Grand Center Terminal, so his car is typically parked on the block all day. At $2-an-hour for the 15-hour metered period, the new fees would cost him $30 a day, seven days a week.

He rents his apartment and does not pay property taxes to the borough. But he assumes that his landlord does. So, to Boyce, having to pay for parking while contributing to borough coffers indirectly through his rent seems unfair. He said neighbors who do pay property taxes feel the same way.

“One homeowner on 6th Avenue, he’s not a big fan of it, because he’s only got one spot in his driveway,” Boyce said.

Parking in some areas, including on the borough’s Shark River waterfront, near the Marina Grill along Route 35, will also cost $2 an hour, though during different hours, from 4 p.m. to 2 a.m.