Northeast
Mayor Patrick Rosenello late last month stands atop a recently repaired dune in North Wildwood. The town bulldozed sand to repair erosion from recent storms, despite a DEP directive to do no work until the proper studies and planning took place. Wayne PARRY, ASSOCIATED PRESS 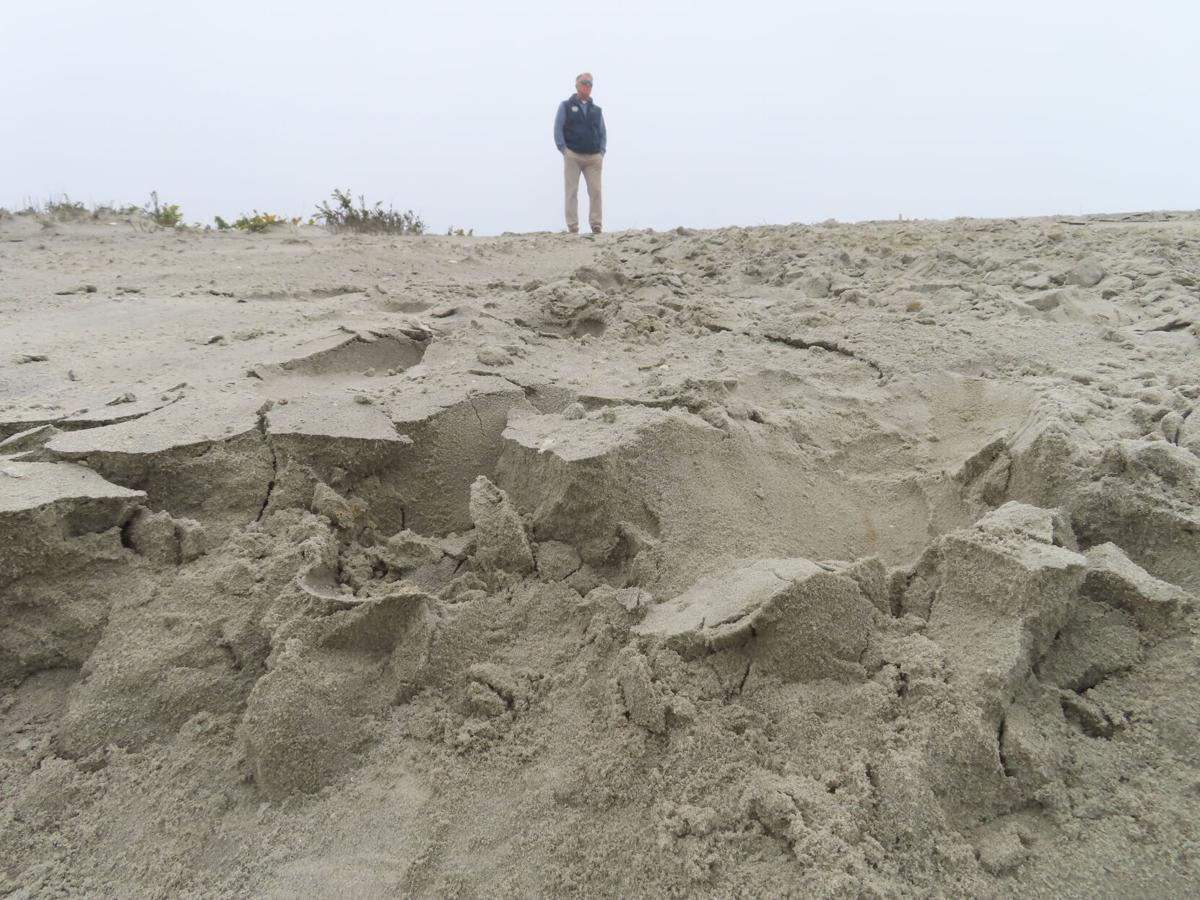 NJ - Our view: N. Wildwood doubles down in dune fight with DEP

For three years, Mayor Patrick Rosenello has led the city of North Wildwood in a slow motion boxing match against the state Department of Environmental Protection over how best to manage the beach.

Pugilists this unevenly matched would never be allowed in the ring together. Regarding dunes, beach replenishment, flood protection and oceanfront development, everything is in the DEP’s corner -- the law, science and responsibility. The people of New Jersey and their representatives have empowered the DEP in these things enough to prevail against the particular interests of municipalities and waterfront property owners no matter how wealthy.

Presumably Rosenello and city government have a local mandate to take their own approach to shore protection and beach maintenance, and to fight the far more powerful DEP to do so. Someone is feisty in North Wildwood, considering its obvious weaknesses in money, legal power and understanding of coastal geology.

Everyone likes to root for the underdog, even if it requires overlooking some deficiencies. Triumphs against long odds are inspiring. When there is no meaningful hope of such victory, there is at least the spectacle of reality delivering a brutal lesson to an overreaching upstart.

We thought this would be like so many modern boxing mismatches where the inevitable loser falls on the first meaningful punch -- it’s over in a minute, everyone pockets their gains and goes home largely unhurt. The contenders in this ring all being government officials, we urged a quick settlement for the sake of their taxpaying backers.

But here we are after four rounds and 98-pound weakling North Wildwood still stands! Now we’re starting to worry the fight won’t be stopped before there is brain trauma.

Round One in 2020 saw Rosenello and the city brazenly defy the DEP’s statewide plan after Superstorm Sandy of building protective dunes facing the ocean the length of the state. North Wildwood bulldozed 12 acres of mature, functional dunes -- the best forward defense against storm surge for barrier islands -- and built a long bulkhead, a fully discredited strategy against the relentless power of the ocean.

In Round Two, the DEP strongly counterattacked, accusing North Wildwood of violating New Jersey’s Coastal Area Facilities Review Act (the notoriously rigid CAFRA), the Flood Hazard Area Control Act, the Freshwater Wetlands Act and the Water Pollution Control Act. Besides the egregious dune and bulkhead violations, the DEP said, the city had worked with a contractor to build multiple buildings and extended sewer service to Seaport Pier without the required engineering and environmental reviews, and approvals.

The DEP commissioner herself, Catherine McCabe, said the city “showed complete disregard for these laws and regulations.” The department ordered a halt to all unauthorized construction along 20 blocks of the oceanfront, restoration of the dunes and the removal of structures that fail to get DEP approval.

This would have floored a typical shore town, but not North Wildwood. Maybe it was the lack of fines and the ambiguity of the DEP’s power to compel action of any kind. So Round Three began recently with Rosenello and the city once again bulldozing sand and preparing to install another bulkhead. Erosion from the six-day nor’easter after Hurricane Ian had cut into dunes, and the DEP would only approve placing temporary concrete barriers. The city this time said it had to act because the eroded dunes had become unsafe, as it awaited deliveries to begin bulkhead work later this month.

In Round Four last month, the DEP came out with a flurry of violations against the city, again for breaking five of the state’s environmental laws. Now a letter to the city warned that “penalties may be assessed on a daily basis for each violation,” but didn’t say what those penalties might be. On top of that was another warning -- if the city didn’t fix the many problems created by its unilateral, illegal actions, it may be forced to remove all illegal construction and return the beach to its natural state.