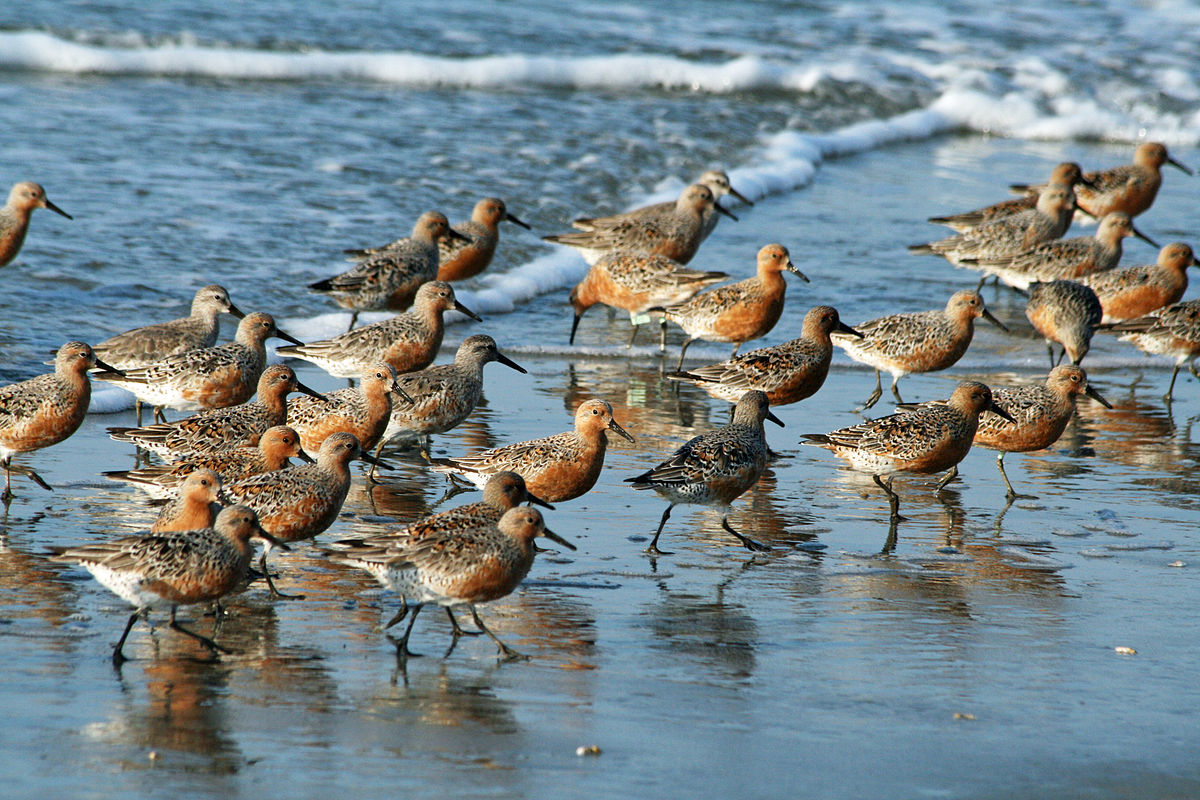 Up until 25 years ago, the spring shorebird migration on Delaware Bay was considered a natural phenomenon of global significance.

South Jersey residents and visitors enjoyed the annual spectacle of 1.5 million shorebirds crowding onto the bay’s shore to feed on horseshoe crab eggs. Scientists and birdwatchers from around the world came to study birds making their incredible annual trip from the bottom of the world to the top.

No more. Starting in the 1990s, commercial fishing interests decimated the horseshoe crab population. Millions of crabs were gathered, chopped up and used to bait traps for sea snails. The destruction of horseshoe crabs and their eggs robbed the birds of their crucial refueling on Delaware Bay. The red knots, ruddy turnstones and sanderlings went elsewhere, and the population of the federally threatened rufus red knot plunged.

Talk by politicians and government bureaucrats about restoring horseshoe crabs and the spring shorebird migration hasn’t been followed by effective action. On the contrary, fisheries managers now are declaring open season on female horseshoe crabs, since the annual take of the crabs has been only a third of what they’ve allowed.

Environmental agencies haven’t been able to even slow this plunder for a quarter of a century. The desire by businesses to profit by taking part of nature for free and chopping it up for bait, and by scungilli eaters to pay a little less for their sea snails, has outweighed the interests of the birds, their fans and the ecotourism segment of South Jersey tourism.

Researchers with the Cape May Bird Observatory once had to go up in a small plane to accurately estimate those 1.5 million shorebirds covering bay beaches in Cape May and Cumberland counties. Now their number has been reduced to 200,000 annually.

Until the wholesale destruction of crabs for bait, 90,000 rufa red knots a year were among the migrating shorebirds. By 2019, that had plunged to 30,000 … then 19,000, and to 6,880 in 2021. This spring’s count edged up to about 12,000, so maybe red knots will continue at a tiny fraction of their former numbers. But we see no reason to believe South Jersey’s famous shorebird phenomenon will ever return.

Larry Niles, the wildlife biologist who has monitored the shorebirds for the 26 years, also surveys the horseshoe crab eggs on the beach. These show a similar sharp decline. Before the government-approved crab plunder, there were an average 50,000 of the little green crab eggs in each square meter. Recent years it was just 10,000 and this year dropped to 7,000. Can’t feed many birds on that.