Northeast
TFrom left, Greg Cudnik, Tony Butch, Suzanne Hornick, Susan Cox, Tricia Conte, and Joe Conte stand on the beach in Ocean City, N.J., on Feb. 6. They are some of the Jersey Shore residents organizing against a planned offshore wind farm, saying it could negatively impact local infrastructure and fishing as well as spoil the view from the beach. IM TAI / STAFF PHOTOGRAPHER 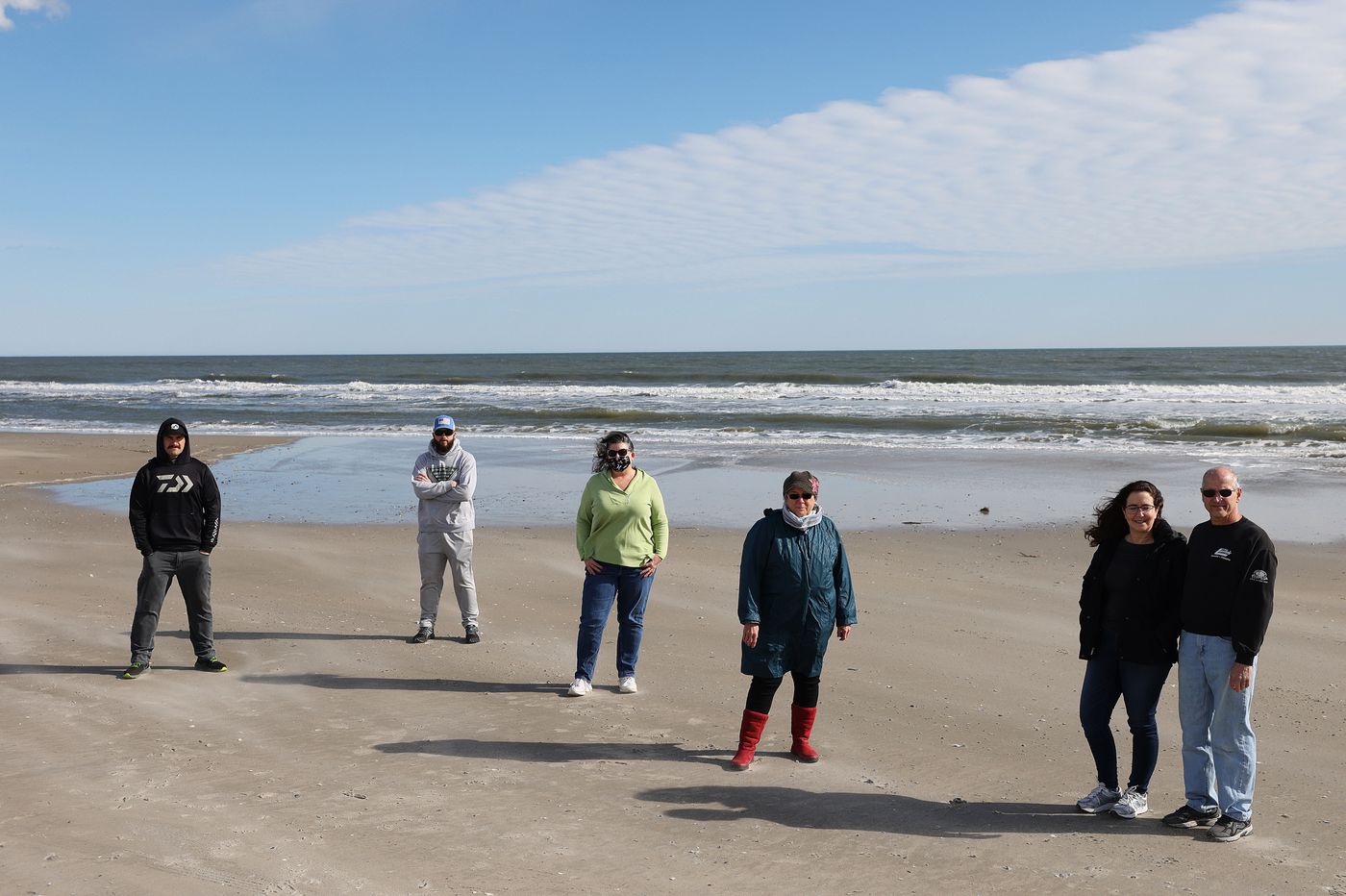 OCEAN CITY, N.J. — A half-dozen people stood on an oceanfront deck with a million-dollar view, asking a hundred questions about what’s on the horizon. On this clear, winter afternoon, it was the Atlantic as far as the eye can see.

By 2024, nearly 100 of the world’s largest, most powerful wind turbines could be spinning 15 miles off the coast. With blades attached, the windmills could reach as high and wide as 850 feet, and simulations created by Orsted, the Danish-based power company behind the Ocean Wind project, show the turbines are visible, faintly, from beaches in Brigantine, Avalon, Stone Harbor, and Joe and Tricia Conte’s deck in Ocean City.

“Some of those pictures are deceptive, though, because they were taken on a cloudy day,” Joe Conte said. “The pictures they have of a clear day give you a much more vivid view of what it’s really going to look like.”

The project will power a half-million homes in New Jersey and, according to Orsted, create thousands of jobs, both offshore and on during the initial construction process, which could begin this year. It has the support of both Gov. Phil Murphy, who has actively pushed for alternative energy in the state, and President Joe Biden.

Murphy’s office did not return a request for comment for this story, but Jeff Tittel, director of the Sierra Club’s New Jersey chapter, said there was talk of offshore oil wells under past administrations.

But a campaign called Go Green and Unseen created by the Conte family raises concerns about the wind farm and its impact on tourism. The campaign’s website advocates not against wind energy, but the turbines’ location. Instead of 15 miles from the coast, the website advocates for 35 miles away, where they would likely not be seen at all.