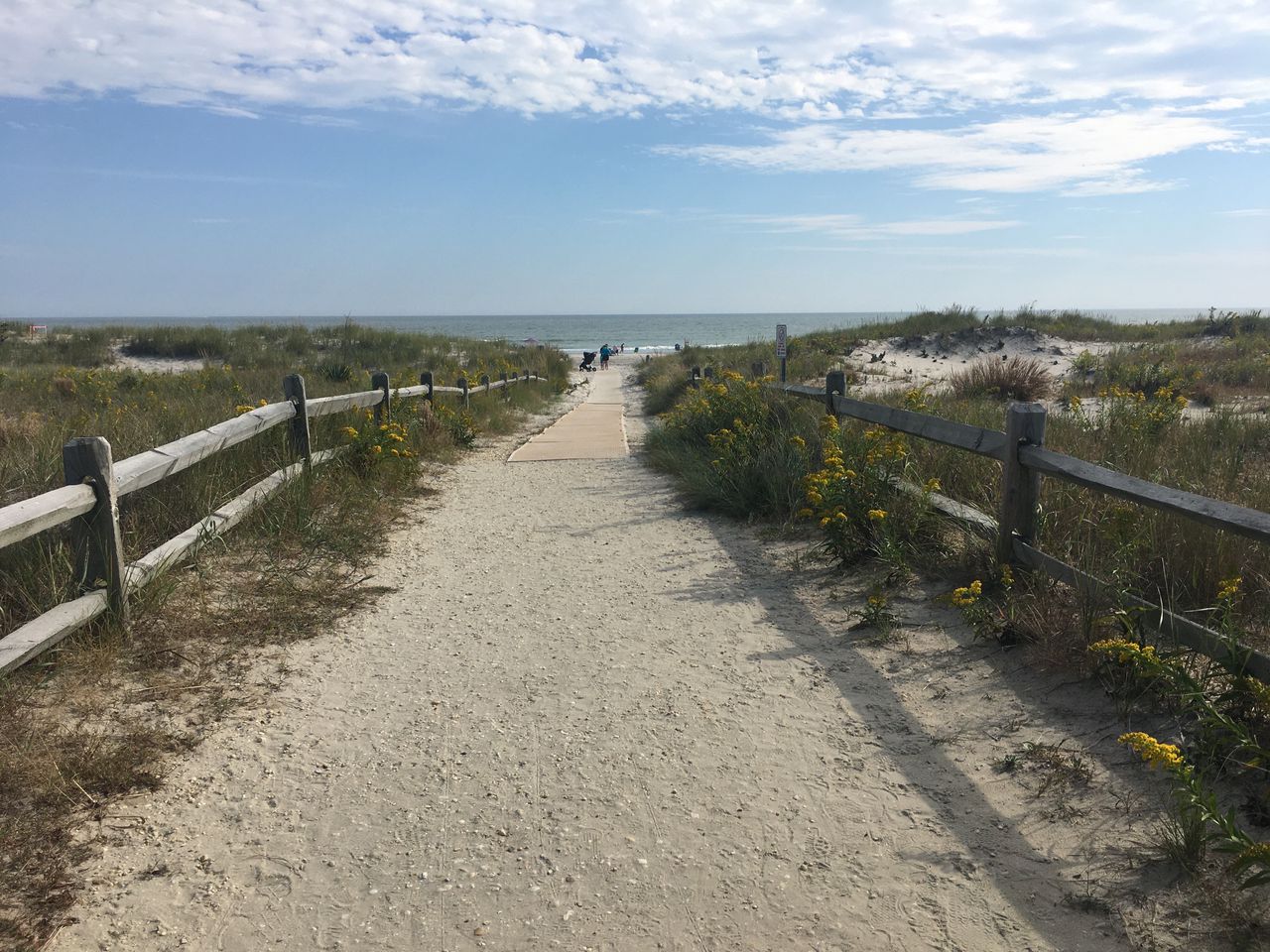 NJ - Offshore Wind: A high-stakes game of NIMBY, where backyards include a $6M beachfront palace

Locals and waves of tourists who drive the local economy, have expressed concerns about a marred horizon from the enormous structures, even though officials say they will be barely visible from 15 miles off the coast, even on the clearest days.

(Editor’s Note: This is the second in an occasional series by Bill Duhart on the future of wind power and what it means for South Jersey and the region.)

The temperature had just drifted above 80 degrees on a sunny Friday in mid-October. A path bordered by a corral fence traveled up and over a grassy dune and on to a pristine beach, revealing what appeared to be an infinite horizon.

This is Ocean City, a Jersey Shore beach resort town founded as a Christian retreat for the faithful. Some of that puritan ethic still exists. The sale of alcohol is forbidden, as is BYOB in restaurants or on beaches.

The boozy bacchanal of many Shore towns is frowned upon here, as is anything else locals perceive as an affront to their bucolic existence.

Now the 11,000 year-round residents of the city and vacation home owners — including a $6 million beachfront palace here on 35th Street — are bracing for an intrusion few could have imagined. A large-scale construction project from the beachfront, which will snake all the way across town to a decommissioned former coal power plant 7 miles away, is coming, and there seems to be little they can do about it. And that infinite horizon may be going bye-bye.

“I have listened to an overwhelming number of citizens who have expressed concerns about the project and I have done my own due diligence,” Ocean City Mayor Jay Gillian said in a recent statement. “There is no way it can be constructed without making a direct impact on Ocean City. I understand that federal and state decision makers have the power to approve this project without Ocean City’s consent, but I intend to do everything in my power to advocate for Ocean City’s best interests.”

The City Council is trying to do its part. Over the summer, it unanimously approved a measure to make it more difficult for the looming offshore wind energy development project. The state-approved Ocean Wind I project — a landmark project for the Danish wind giant Ørsted — will erect 97 massive wind turbines 15 miles off the coast and snake the power cables under the beach and streets of Ocean City inland to the old B.L. England Generating Station in Upper Township.

“(It) would severely affect the ability of local governments to exercise home rule pertaining to the offshore wind farm project through the elimination of good faith negotiations, which clearly positions Ørsted, a foreign entity, in an advantageous negotiating position at the expense of the coastal municipalities,” the resolution said.

Meanwhile, back on the beach, everyone seemed to have an opinion.