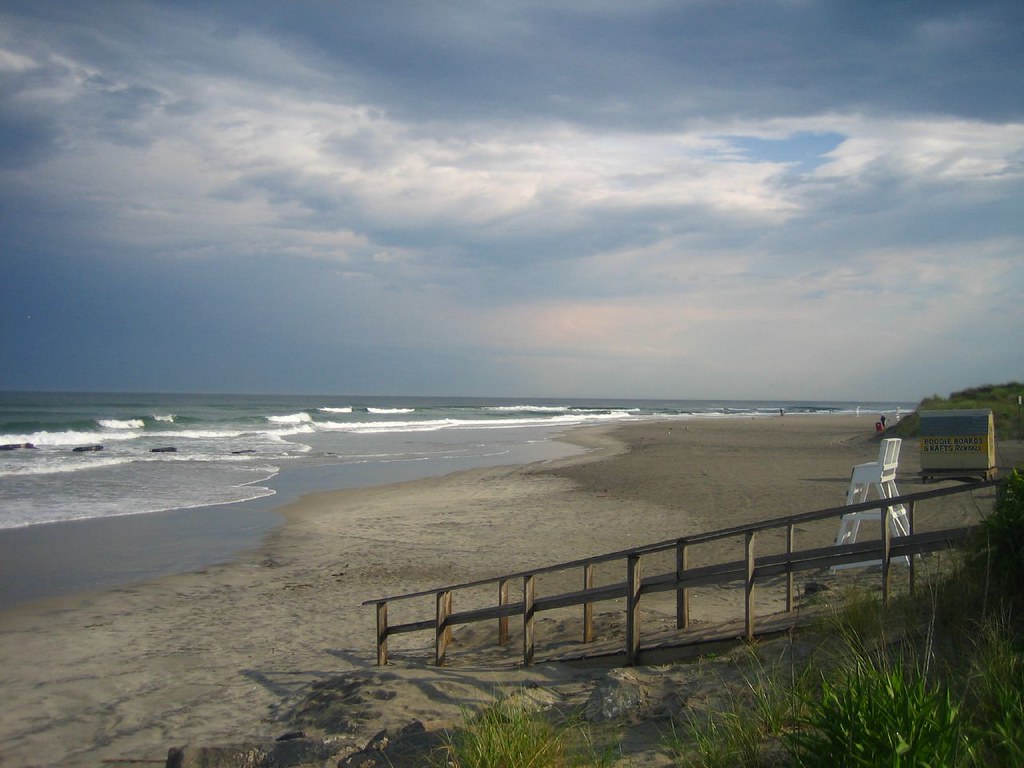 The resort town regraded dunes last week and plans to start building a bulkhead, bringing to a head an issue dating to Superstorm Sandy 10 years ago.

North Wildwood’s iconic wide, sandy beaches were hit double barrel earlier this month by the remnants of Hurricane Ian followed by a nor’easter that ground the New Jersey Shore community’s beaches into cliffs of sand.

Town officials wrote to the state’s Department of Environmental Protection on Oct. 3 asking for an emergency authorization to install a 400-foot-long steel bulkhead, reshape dunes between 13th and 16th Avenues, tear out some decking, and erect jersey barriers to keep people out.

The state approved the barriers and decking removal but said no to the new bulkhead and regrading of dunes because there was no immediate threat of “loss of life or property” and because the new infrastructure could make erosion worse.

The town began regrading dunes last week in defiance of the order and has plans to start the bulkhead. The conflict brings to a head an issue with roots in Superstorm Sandy 10 years ago this week: How can North Wildwood protect beaches being battered storm after storm?‍

Why fight over dunes?

Mayor Patrick Rosenello said the tiff stems from long simmering frustrations between local and federal officials who promised after Sandy that a complex multi-town project would help fortify the hard-hit Shore community as part of a climate change resilience plan. North Wildwood has lost at least 1,000 feet of beach from storms and erosion since the project was announced. There is still no projected date to start work.

So Rosenello said municipal officials decided to act yet again on their own and try to address storm damage without permission from the state, which regulates the coast. North Wildwood has been trucking sand at its own expense each year from Wildwood to replenish its beaches, but it just gets washed away by storms.

“The DEP has been sitting on tens of millions of federal dollars for almost for almost a decade now,” Rosenello said. “They haven’t been able to get this project off the ground, and that has resulted in the city of North Wildwood spending over $20 million of our own money to protect the town. And all the DEP can do is look over our shoulder and send us notice of violations.”

The DEP did just that last week, issuing a violation Oct. 20 to North Wildwood for regrading the dunes, but without assessing a penalty as of yet. The state has authority to oversee the shoreline under the Coastal Area Facilities Review Act (CAFRA) and other regulations. The DEP denied an emergency request by North Wildwood, saying the municipality must obtain a fully approved CAFRA permit.