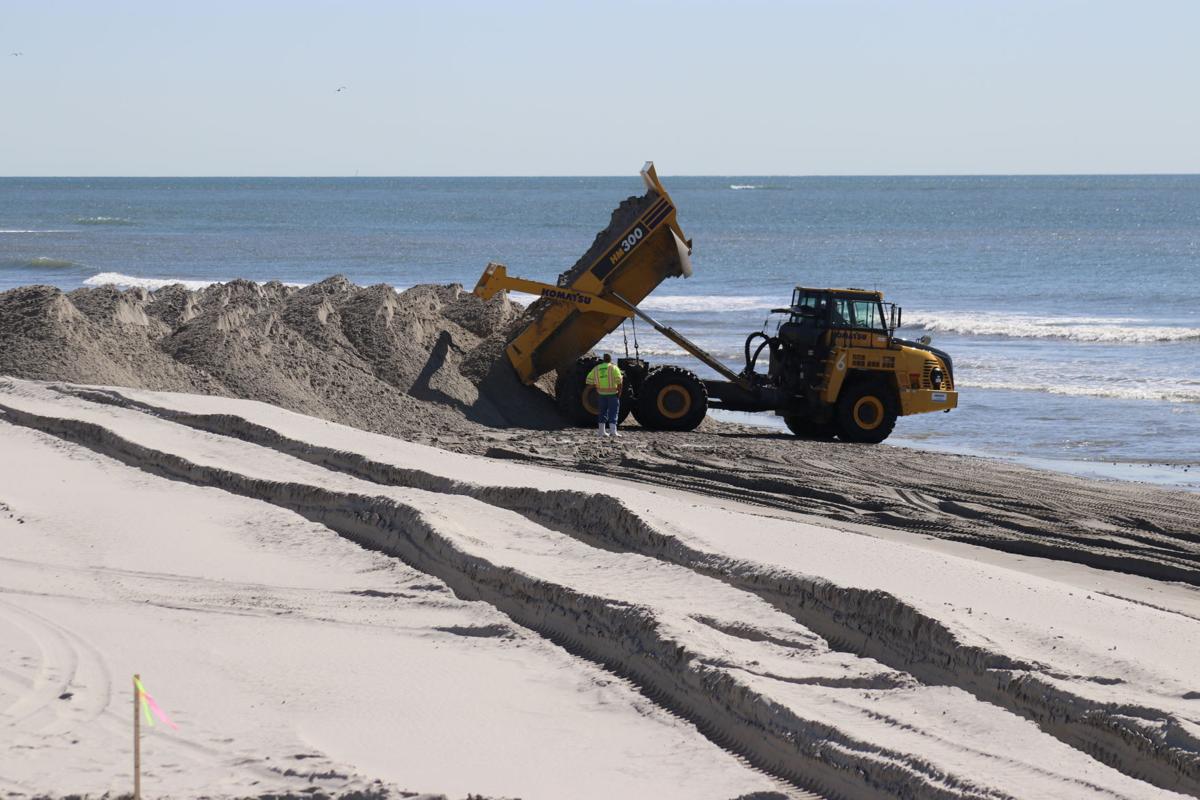 NJ - North Wildwood builds a beach one truckload at a time

“There are physical limitations to how much sand you can move by truck,” he said. “We need a beach nourishment project to the tune of a million-plus cubic yards of sand.”

By
The Press of Atlantic City
Section:
Engineering
Region:
Mid-Atlantic

NORTH WILDWOOD — Bob Gill watched from an observation deck on 7th Avenue on Thursday as crews reshaped his neighborhood beach.

The North Wildwood resident was in the same spot the day before, as heavy equipment took a massive pile of sand lining a beachfront walkway and spread it across the badly eroded north end.

“This is something I think every kid dreamed of doing,” he said while watching the massive trucks load up with sand to distribute near the tide line.

Not long ago, a heavily planted dune protected much of the stretch between the end of the Boardwalk at 16th Street north. North Wildwood Mayor Patrick Rosenello described it as a maritime forest, and longtime visitors will recall dense patches of cedar, bayberry and other plants set on tall sand dunes.

“The entire thing has been wiped out,” Rosenello said recently. Now, the area has little beach at all. The city has spent close to $4 million to bring about 375,000 cubic yards of sand from the beach in Wildwood, in a process called “back passing.” Back passing involves taking sand from one section of a beach, where it has naturally gathered, and moving it to a section where erosion is occurring. As part of the process, incoming waves drive more sand back, filling in the areas where the sand was removed.

“They don’t even miss it. The areas we took it from have already filled back in,” he said.

Crews stockpiled the sand along the bulkhead over the winter, forming a sizable hill that is now being spread along the tideline. That portion of the project began about a week ago, he said. The work will be substantially completed by Memorial Day, Rosenello said, with some clean-up and grading to be completed after the busy holiday weekend.

It will be nice to have a beach in the area for the summer visitors, he said, but the primary motivation is protecting the city from storm damage. He said the area has lost beach each year for about 20 years. This is the fifth straight year the city has trucked sand back in. The work will happen again next year, if needed, he said, but the city wants a longer-term solution.