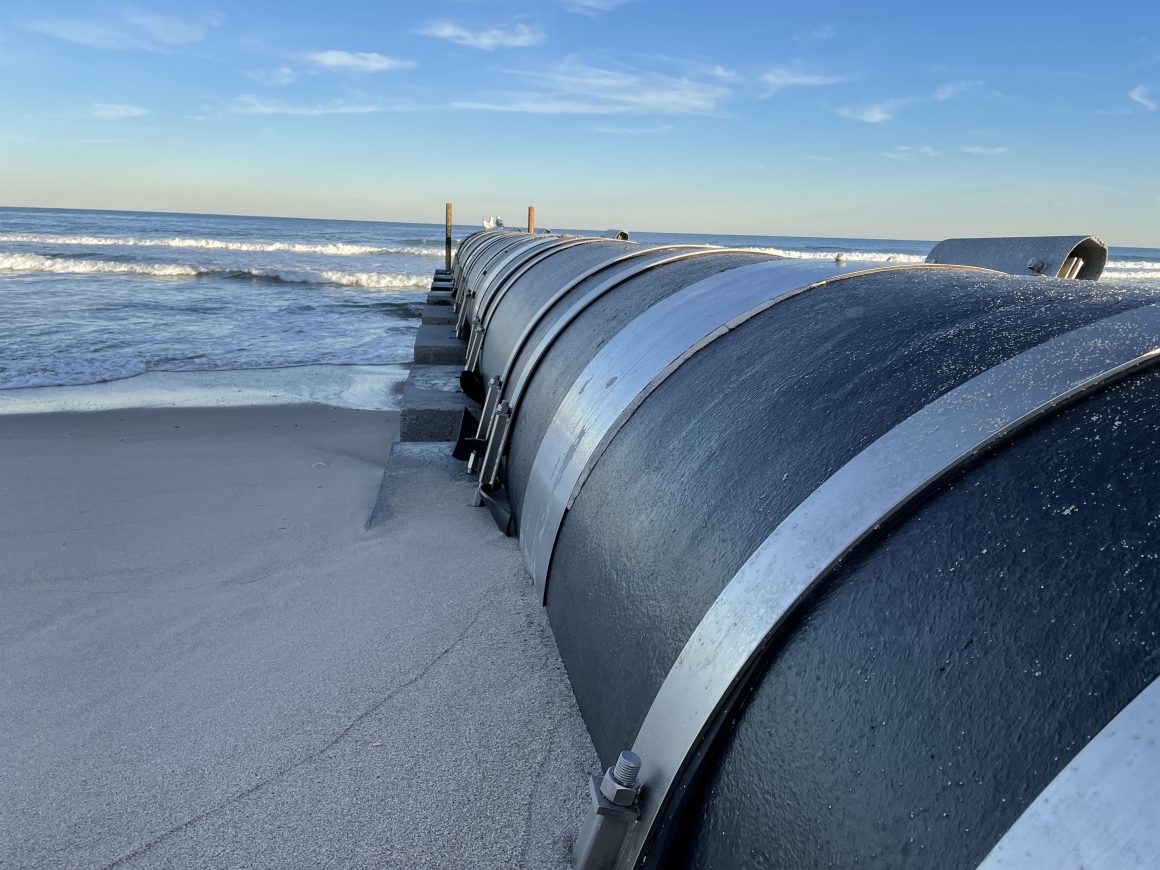 Though Point Pleasant Beach did not experience the cliff-like escarpment of its beaches like neighboring Bay Head and Ortley Beach, the borough was left far from unscathed in the Feb. 1-3 nor’easter that pummeled the Jersey Shore.

“The beach erosion here has been similar in many regards in terms of how much sand we lost,” said Mayor Paul Kinitra at a borough council meeting this week. “Last off-season, [erosion revealed] one or two sections near the outfall pipe. It goes back about six sections now and it is fully exposed.”

The outfall pipe, which is owned by the Ocean County Utilities Authority, was built in 2018 to replace an older pipe before the beach was replenished by the U.S. Army Corps of Engineers. The Corps oversaw the construction of the new pipe – a 60-inch reinforced concrete and steel cylinder.

“The Corps of Engineers is saying they are not doing anything until the off-season of 2022 at the earliest,” Kinitra said.