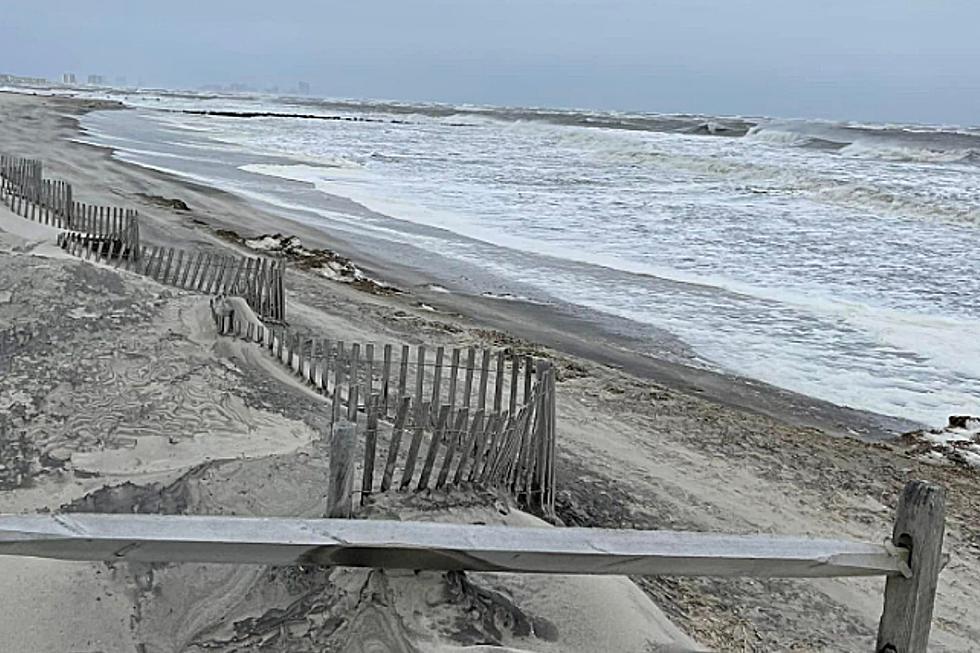 What's with the wind lately, huh?

The weather's been not so great to New Jersey lately. Gnarly would be a good word to describe the rain and wind the Garden State has been experiencing over the last few days.  Whether or not your town saw any, there was definitely some damage left behind.

Plenty of damage reports have been rolling in from Jersey's coastal towns. The shore did not receive any kindness from Mother Nature this weekend. The wind was so strong that it even knocked down a house that was under construction on the beach of Stone Harbor. Not the best look for the contractor in charge of that project, but that's not the point!

The point is that, unfortunately, the wind caused some significant damage. Signs of that damage have been plastered all over social media. One set of pictures that has everybody's mouths hitting the floor are some that show what's left of 4th Street Beach in Ocean City. The beach eroded so much over the last few days that the water is just about touching the dunes. Luckily, the dunes are still in place.