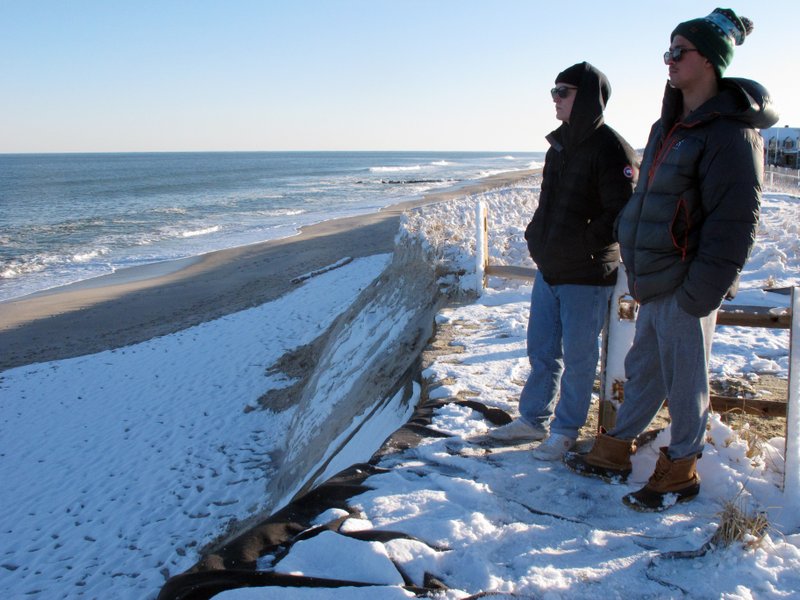 BAY HEAD, N.J. (AP) — With a string of February storms having taken big chunks out of many Jersey Shore beaches — and the federal government refusing to authorize emergency repairs — New Jersey is considering doubling the amount of money it allocates to shore protection projects each year to $50 million.

The bill actually was introduced over a year ago, long before the storm damage and a decision last month by the U.S. Army Corps of Engineers that the damage was not sufficient to qualify for emergency repairs. It had been languishing in the state Legislature before being advanced Thursday by a state Senate committee.

But three storms last month that caused serious to severe erosion in numerous parts of the Jersey Shore has given the measure new relevance.

Federal and state officials asked the Army Corps to reconsider emergency funding, but a spokesman for the agency reiterated its decision Thursday.

“The storm didn’t meet the criteria to qualify as an ‘extraordinary storm’, which is necessary for the emergency repair eligibility,” said spokesperson Stephen Rochette.

“Bay Head beaches were destroyed as a result of Winter Storm Orlena,” he said. “As a small town, we can’t afford to correct the Army Corps’ dune. We can’t make our beaches safe right now with 18-feet cliff-like drops throughout. If someone were to fall now, they could be seriously hurt or killed. Plus, the dunes could collapse, some are so precarious. Then who is responsible? We need help before it is too late.”

The cost of beach work is shared by the federal, state and local governments.