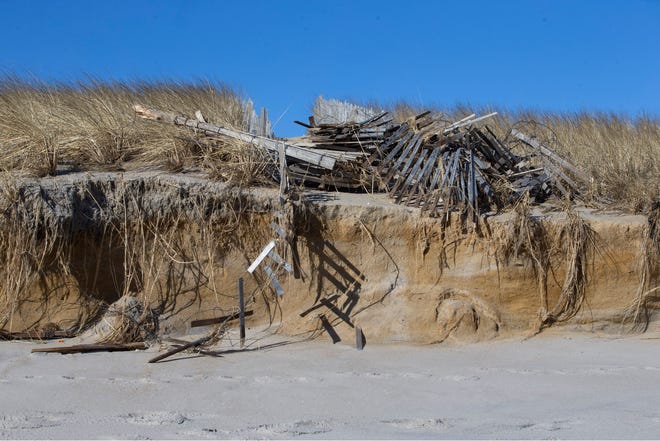 New Jersey is requesting emergency help from the U.S. Army Corps of Engineers to fix damaged dunes and beaches carved up by last week's strong nor'easter.

Those include Bay Head; the Ortley Beach section of Toms River; Beach Haven; Harvey Cedars; the Loveladies and Holgate sections of Long Beach Township; and sections of Atlantic City and North Wildwood.‍

In Bay Head, strong waves that battered beaches and dunes over the course of five higher-than-normal tides sliced into the dune line. In some cases, there is a drop of 15 to 20 feet from the top of the dune to the beach. Watch the drone video above to see what Bay Head's dune line looked like after the storm.

In Ortley Beach, the sea eroded a portion of the dune line and damaged a ramp leading down to the sand near Third Avenue.

"The state respectfully requests that USACE immediately prioritize the foregoing areas of major damage for emergency funding and, if such funding is not readily available, that USACE seek the appropriation necessary to implement recovery efforts in these areas," LaTourette wrote in his letter to the corps.