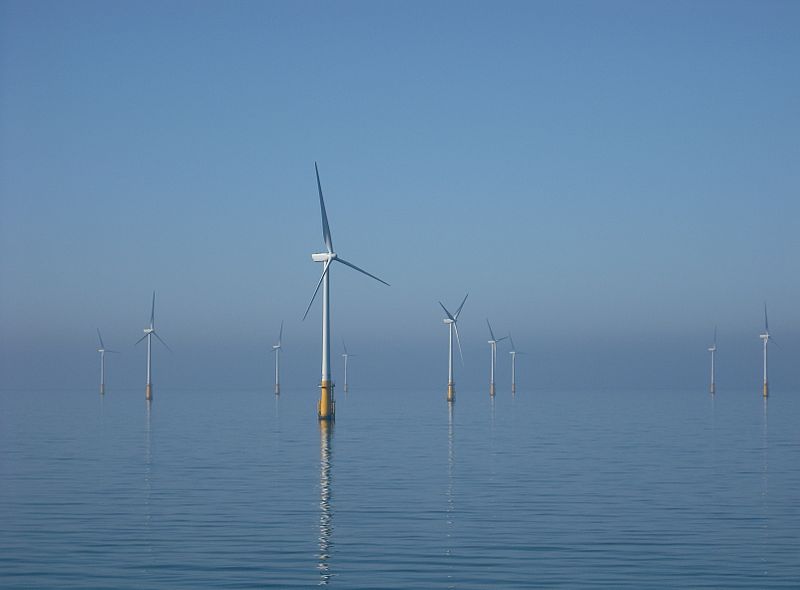 New Jersey ranks 7th amongst Atlantic coastal states for its technical potential for total offshore wind power but first in the states for current projects in the pipeline, according to a new report released today by Environment New Jersey Research & Policy Center and Frontier Group. The report, Offshore Wind for America, examines U.S. offshore wind potential by both coastal region and by state, while documenting the status of existing projects and technological advances. New Jersey could provide 379% of its 2019 electrical needs and 167% of its 2050 electrical usage with offshore wind alone, according to an analysis using National Renewable Energy Laboratory data. For projections of 2050 electricity demand, the report assumes that U.S. buildings, industry and transportation will all be powered by electricity rather than fossil fuels by mid-century.

“New Jersey has some of the largest offshore wind potential in the country and by taking advantage of it we can solidify our place as a leader in clean, renewable energy. Offshore wind is a clean energy goldmine off the Jersey Shore,” said Doug O’Malley, director of Environment New Jersey Research & Policy Center. “Offshore Wind for America reminds us that offshore wind can and will rise to the occasion of meeting our energy needs right here in New Jersey. This incredible resource is still largely untapped, but we have the chance to take advantage of it and build a resilient green future for New Jerseyans. Now is the time to go big on offshore wind.”

The Atlantic region – from Maine to Florida – has the technical potential to produce almost 4,600 TWh of electricity each year, more than four times as much power as those states used in 2019, and almost twice as much as they would use in 2050 if the country underwent maximal electrification, based on estimates from the National Renewable Energy Laboratory. The Atlantic region, especially the Northeast, has strong, consistent wind and a wide, shallow continental shelf, making deployment of offshore wind relatively straightforward using existing technology.