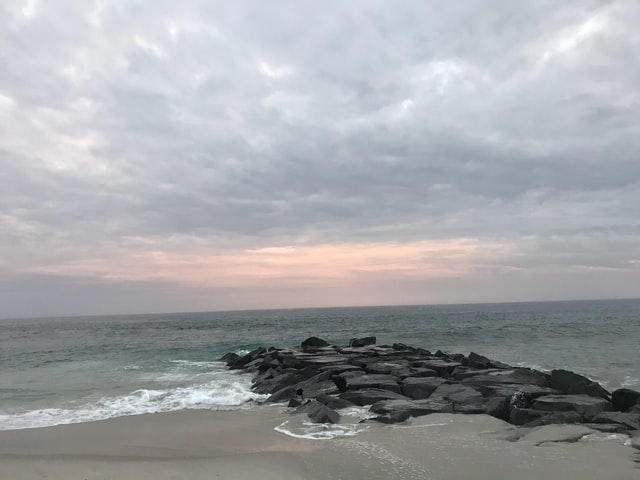 New Jersey will incorporate the impacts of climate change and rising seas into all its major policy decisions in the near future, and will seek to share the costs of protecting the state among all levels of government and the private sector.

A report released Thursday bluntly predicted “it will be increasingly difficult for people to live and work in coastal places as sea-level rise inundation increases,” recommending the state incentivize a move away from the riskiest areas.

In its first climate resiliency strategy, unveiled on vacant land in Woodbridge where the state has bought and demolished numerous homes in a flood-prone area, state officials committed themselves to making sure major decisions in most areas of government are made with climate change and its risks in mind.

And while not putting a price tag on anything, the report acknowledges the obvious: this is going to be expensive. To raise additional money for resilience projects, the report lists options including borrowing, taxing, imposing targeted fees, and selling “environmental impact bonds.”

“We are ground zero for some of the worst impacts of climate change,” said Shawn LaTourette, the state’s acting environmental protection commissioner. “We have to get ready for what is happening here today in our state, and what we know is to come.”

The report said, “Nearly everything the state spends money on will be impacted by climate change.”

The plan seeks to incentivize people to move from flood-prone areas to safer ones, would help low-income communities who are least able to respond to the effects of climate change, and seek new funding for resiliency measures.