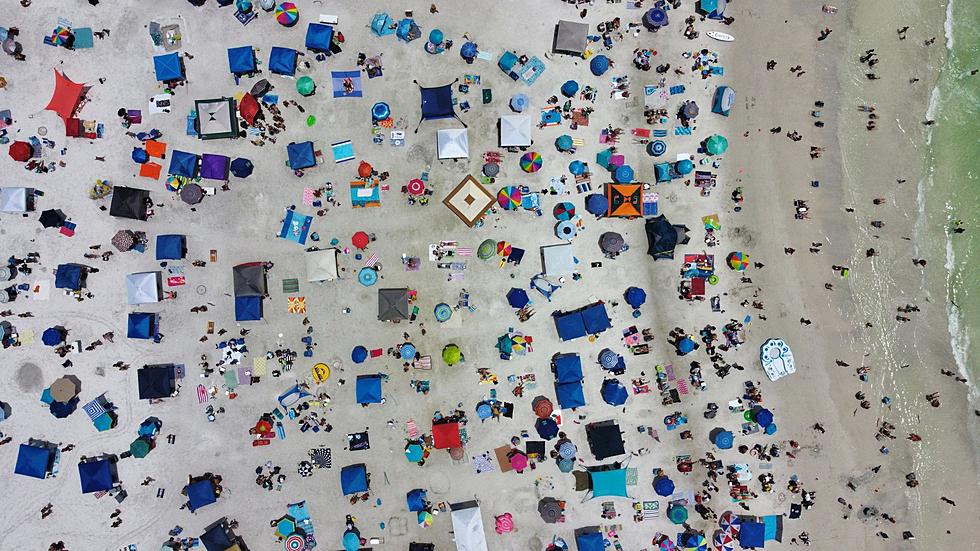 It used to be that if somebody had a small baby or small children that they wanted to take to the beach they would bring a modest tent-like structure. The little ones could take a nap and their delicate skin could be protected from the sun. That’s a very good idea. Read More: New Jersey beaches suddenly becoming tent cities | https://nj1015.com/new-jersey-beaches-suddenly-becoming-tent-cities-opinion/?utm_source=tsmclip&utm_medium=referral

Now it’s everybody and his brother and sister and brother-in-law and cousin and roommate from college living under a tent for the day at Jersey beaches. We usually don’t spend more than an hour or two on the beach and it really doesn’t bother us, but some people complain about the lack of adequate space and/or blocking the view of the ocean with all these people with tents.

I forgot my book this weekend at the beach but I was provided with a good hour and a half of entertainment watching a woman struggling to keep her tent from collapsing while her husband and son sat inside the tent on chairs.

The chairs had a canopy over them! What’s the point of the chair with a canopy over it if you’re bringing a freaking tent to the beach?!

Who needs whale watching or spotting the occasional porpoises swimming in unison up the coast when human activity is far more fascinating? If you want to enjoy the ocean and the salt air, go to any beach in the world but if you want to be annoyed by human behavior, go to a New Jersey beach. It’s hysterical!